The OW5s Club had success in the recent national Rugby Fives Association (RFA) South East Open, with Nick Woolfenden and drawn partner Chris Davey (non-OW) winning the plate competition (pictured below), beating a pair including the national no.1 singles player in the final. Recent leaver Cameron Low also put in a fine performance in the singles competition.

We are also pleased to hear the RFA London Open is likely to be held at Whitgift this year, on weekend of 28-29 September. This will attract many of the top players in the country, so do come to watch if you’re in the local area.

The OW5s Club meets regularly on Thursday evenings for social 5s at the school courts, and we aim to have a number of fixtures against other clubs in the South East/London over the coming season, as well as our annual tour to the South West. 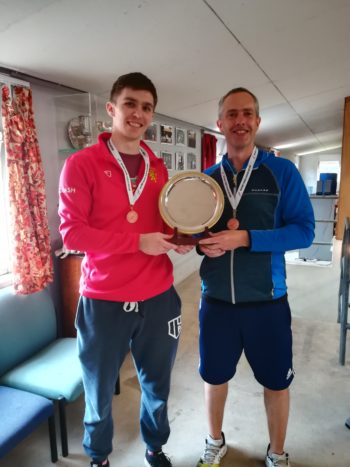