An Invitation
to Old Whitgiftians and their Guests

A rare opportunity to dine at The Athenaeum Club, 107 Pall Mall, London, an exclusive members only club with a remarkable history and a splendid location in the centre of London.

Bid for exclusive auction prizes on the night:

Private flight to France for four

Dinner and tour at the House of Lords for two

THE EVENT
This is a fund-raising event for the Whitgiftian Association Bursary Appeal. Proceeds will give the
opportunity for talented boys from local low-income families to be educated at Whitgift School.
The evening includes drinks on arrival, a three-course dinner with wine and coffee followed by an auction,
raffle, guest speaker and entertainment. Dress: Black Tie.
Should you not be able to attend, please consider sending us a donation.

ATTENDANCE
Attendance at the event is by minimum donation per person of £100. Donations can be made online using the donate button below. Please include “ref Jan 19th” and indicate the number in your
party. Alternatively, please send a cheque made out to the ‘Whitgiftian Association Trust’ addressed to:
Naomi Newstead, Whitgiftian Association, Haling Park, South Croydon, Surrey CR2 6YT.
For further information please contact Naomi at naomi@whitgiftianassociation.co.uk or telephone 020 8688 9222 (x 2371)

OUR SPECIAL GUEST FOR THE EVENING… 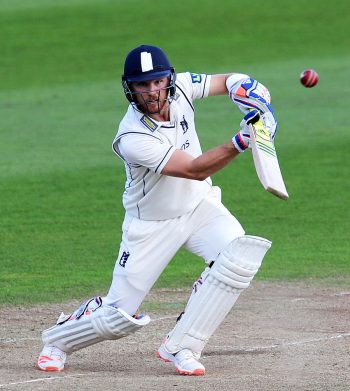 The WA is delighted to welcome Laurie Evans OW (1998-2004) as special guest for the evening. Laurie started playing cricket at Whitgift aged 10. He also played rugby as scrumhalf for Harlequins’ Academy and the South of England. He played alongside his school friend Danny Cipriani to secure victory for Whitgift in the final of the ‘Daily Mail’ under 15’s Schools’ Rugby Cup and might have continued to play Rugby professionally but, instead, decided to pursue his passion and talent for cricket. Since turning professional, Laurie has played with all the top players at Edgbaston and is currently Warwickshire’s star batsman. He is a great supporter of the School and is the first to acknowledge that his talent was developed during his time there. Laurie is a local boy and a fine example of a youngster who has been supported by the School to reach his full potential.