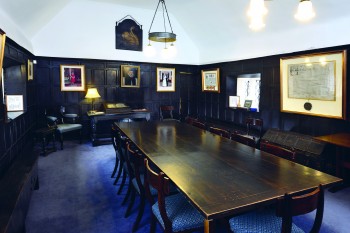 The iconic Whitgift Almshouses, nestled in the heart of Croydon, will be open for guided tours exclusively for the Whitgiftian Association on Thursday 18 September at 6:15pm (tours start at 6:30pm).

The majority of the Almshouses features remain as they were when it was built by former Archbishop of Canterbury, John Whitgift, in 1596 as a residence for the elderly and the poor in Croydon. Once described by Queen Elizabeth II as, “an oasis of peace and tranquillity”, the Almshouses are still in use as a home for older residents where rental flats are clustered around a picturesque courtyard.

Join this tour to find out more about Archbishop John Whitgift; his connections with Croydon and The Whitgift Foundation; the architectural features of the building and the fascinating historical artefacts found in its main rooms – the Audience Chamber, Common Room and Chapel.

Space on the tour is limited so booking is essential.