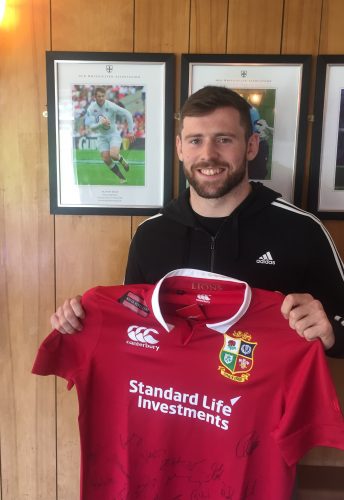 Members are reminded that this year’s Memorial Service will be held at the School on Friday 10th November 2017 at 10.30 for coffee with the Service at 11.00.

Next year 2018, the Service will again be on a Friday, 9th November, when it is hoped to mark the end of hostilities with a special Service and following lunch at the School.

Congratulations to Elliot Daly OW (2006-11) on his great rugby tour to New Zealand with the British Lions and on his return his first port of call was to the Clubhouse together with that precious Shirt. Further congratulations are due on his recent engagement.

Happy Birthday to Rev FVA Felix Boyse OW (1930-35) LVO received for being honorary chaplain to the Queen, who celebrated his 100th Birthday on 6th July 2017.

A warm welcome to our newest honorary member Dr Christopher Barnett upon his retirement from the School where he was the 26th Headmaster for the past 26 years.