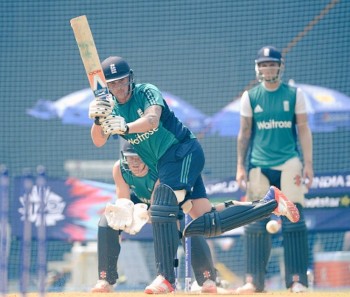 April began with England’s cricket team coming agonisingly close to winning their second World T20 Cup. Their tournament ended with a four-wicket defeat to the West Indies in the Final but that wasn’t the full story of the competition. There were plenty of individual performances to get excited about and one of those came from Jason Roy, OW (2004-08).

Roy was one of the stars of the competition and put in some scintillating performances to push his country to the brink of success. The instinctive opening batsman was a key figure and his rise to the world stage was complete when he was selected in the team of the tournament.

Having played just eight T20 internationals before the tournament, Roy was keen to show off his array of talent on the big stage. He started off with 15 runs from 15 balls in the opening group game and followed that up with a brilliant 43 off of just 16 balls in the next. A blip against Afghanistan in game three, with him scoring only 5 runs, was forgotten when he scored 42 from 39 balls against Sri Lanka to fire England into the last four.

That Semi Final against New Zealand saw Roy come into his own. It proved to be his most significant innings of the tournament and his highest T20 international score to date, with 78 runs off 44 balls. It was a man-of-the-match performance that booked England a Final date with the West Indies and gave Roy an accumulated score of 183 runs for the competition.

He was, unfortunately, out early, without troubling the scorers, in the Final but his contribution to the team had already been noticed by pundits and fans alike.

Roy is a destructive and brilliant batsman with an explosive style suited to the short format of the game, but he now has his eye on the test team. In the past couple of years, he has transitioned from a hugely talented but erratic young player to a consistent match winner and it surely hasn’t gone unnoticed by selectors.

He has first-class batting statistics of 3,374 runs in 62 matches, at an average of just over 37, but has improved dramatically in the past two seasons. A 50+ average in 2014 was followed up with a 47.65 in Surrey’s promotion run last year.

The 25-year-old has a swagger, style, batting power and undoubted talent that could see him become one of the best cricketers England has ever had. Having worked hard on pacing his innings, he has become an important player for his county in the longer format of the game.

His performances in the county championship, as well as his T20 and ODI credentials, could see him a part of England’s 5-day squad this summer. Roy will continue to excite fans everywhere whilst knocking on the door for test selection, which will be fully deserved if and when it comes.