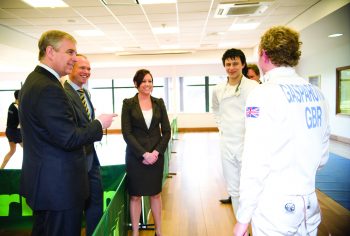 Huge congratulations go to Joseph Choong OW (2008-13) who has been selected as part of the four-man team of pentathletes who have been selected for Rio 2016.

Joseph had already achieved the qualification standard with his 7th individual finish at the European Championships last year, but still had to confirm his place in the team. He gave strong performances in the 2016 season World Cups and major International competitions.

The 21-year-old commented on his selection for Team GB, “The Olympics has been a dream since I started the sport in Year 9 at school. When you start a sport and start doing well, you always keep looking at the next level and thinking bigger, and it doesn’t get any bigger than the Olympics. I watched London 2012 and that definitely motivated me to try and get to the next Games. It’s a big moment for me.”