Message from the Editor 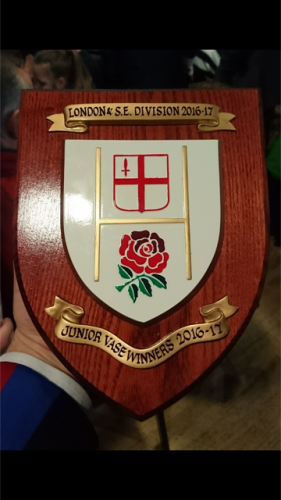 Alan Cowing (1953-59) finally “hung up his boots” and retired from OW active duty after a long and varied career with the Association. A gathering of his friends recently met to mark the occasion and sprung one final surprise with the presentation of an original horse-racing painting to keep him actively focused on his other hobby.

John Nalson (1958-66) continues to organise the national schools’ swimming Bath Cup competition but still found time to arrange a reunion of the Whitgift 1967 winning squad which included William Clark (1958-67) over from the USA and fully recovered from his shooting incident which occurred at the college where he teaches.

The School prefects continue their own 50 year reunions and although this year’s meeting was a little less well attended than usual, Tony Percy was able to join his contemporaries having popped over from his home in the States.

Tom Simpson (2005-12) writes from deepest Bath where he is part of the university student engineering group Team Bath Racing building a race car to take part in the Formula Student competition with its home race at Silverstone in July. The aim is to design and build a small, single seat racing car with either a combustion engine or electric drive. None of this comes cheap and for more information and donation/sponsor details please contact their business manager at sb784@bath.ac.uk. Let’s hope he is successful and that our President can be persuaded to take a drive in one rather than his beloved Cortina mk 1.

Congratulations to Alex Goward (1994-99) who together with his wife Laura Hamilton has rescued the village shop at Woodcote Village Green much to the relief of the local residents and has opened a Post Office ,deli and coffee shop now known as “The Lord Robert on the Green” which has started life in a very active way and is a huge change to insurance in the City!

Well done to the OWRFC 1stXV who have won the RFU Junior Vase London & SE Division competition beating Royston 31-10 in the final. Also to the Hockey club who have won their leagues at 1stXI, 3rdXI and 4thXI levels with the 1stXI being promoted.