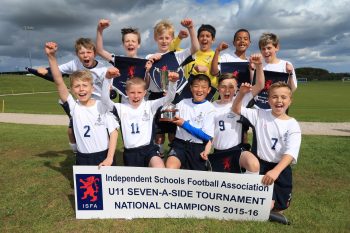 “Tis an unweeded garden / That grows to seed.” This may well be true of the rank and corrupt portrayal of Denmark that we see in Shakespeare’s classic, Hamlet – the school’s epic production for next December – but it is certainly not the case with our own beloved grounds, which were again open to the public on Sunday 22nd May, to take part in the National Gardens Scheme (NGS) Open Gardens event. Visitors were able to enjoy Whitgift’s range of immaculate gardens and wildlife areas, home to wallabies and exotic birds. Over 300 people – ranging from gardening enthusiasts, animal-lovers, senior citizens, and families – attended and helped raise £1,300, from tickets and plant sales, for the NGS charities. Penny Snell, NGS London County Organiser, said, “The NGS is honoured that Whitgift School open their unique garden to the public to raise significant sums for the charities we support.”

Another opportunity to showcase the school’s magnificent grounds was during the recent AGI inspection on Friday 29th April. The whole of the 300-strong CCF, including partner schools Thomas More Catholic School and St. Andrew’s CE High School, gathered in the afternoon for the inspection of the Guard of Honour and the Corps of Drums by Commander Chatwin RN OBE and Lt Colonel Birch 7 Para RHA OW (1987-92). Special guests included OWs, Ollie Stoten (2000-08) and Tom Morgan (2003-11) – the former a medic, Army Reservist and member of an expedition going to the South Pole later this year, and the latter a member of the Army Air Corps. Following a successful inspection, the guests of honour were taken on a tour by the Army, Royal Navy and RAF members of the CCF, demonstrating their abilities in a variety of activities, including kayaking in the swimming pool, survival skills, orienteering, climbing, the obstacle course, and laser shooting. Whitgift CCF Contingent Commander, Mr Keith Smith, commented, “It was a splendid day and even a bit of snow could not dampen the enthusiasm of everyone involved. It was very pleasing to hear such positive feedback from our two inspecting officers, who described the CCF as ‘excellent’. It was marvellous to have as many as 30 OWs back to help, and the cadets were a real credit to their schools.”

Inspired by OW Jason Roy’s (2004-08) exploits in the recent T20 World Cup, Whitgift cricket has really embraced the shortest form of the game. The First XI have progressed seamlessly though the early rounds of the ESCA National T20 Cup with victories over Hampton, RGS Guildford and Merchant Taylor’s. Indeed, they are enjoying a fantastic season, having only lost once and by just one run in an absolute thriller to Harrow. The U15s have gone one better and are currently unbeaten. They are progressing well in both the T20 and 50 over National Cups, with their most recent victory in the latter being by a crushing 105 runs over none other than Dulwich College! The U13 side are also still in their National competition.

In other sports news, an outstanding football season at junior level came to a triumphant conclusion on Monday 16th May as the U12 side picked up the ESFA Cup, at the Madejski Stadium, in Reading – the sixth trophy won by the Lower School teams this year. The first year boys went unbeaten over the course of the season, claiming 16 victories from 16 outings, and their 3-1 win over Moorlands School completed a county cup and national double. The U11s were equally successful, winning both the Surrey Cup and the national ISFA Seven-a-Side Tournament. The U13s followed in their footsteps, gaining their sixth consecutive National ISFA Cup title. Indeed it might have been a full-house for the Year 8 boys but they ran into a strong Thomas Telford unit in the ESFA National final to come runners-up. There are certain statistics in sport that sometimes mask the reality, but 52 wins from 53 competitive games across the three year groups paints some picture as to the success of Whitgift’s young players.

In hockey, both the U13 and U14 sides finished their seasons unbeaten and were crowned National Champions. Another relatively new sport that Whitgift has enjoyed a great deal of success in is track cycling. In the recent Inter-Schools Cycling Track Championships, held at the Herne Hill Velodrome, the school won a huge haul of medals, with the U14s winning silver all round and the U16s and U18s going one better, gaining a whole host of team and individual golds. Head of Outdoor Education, Mr Ben Green, commented, “Since cycling was launched at the School in 2013, the programme has come on in leaps and bounds. We now have a big group of committed cyclists who train hard and who have created a great sense of camaraderie. The boys rode beyond our expectations again and I was particularly impressed by the performances of the Year 9s, who are all relatively new to racing.” One more ‘first’ to be chalked up on the school’s sporting honours board is the fact that Lower Third Form pupil, Harvey Norman, was runner-up in this year’s Mini London Marathon. Whitgift certainly has stamina!

One final piece of sports news that arguably trumps everything thus far is the fact that OW, Joseph Choong (2008-13), has been selected for Rio 2016 to compete in the GB Pentathlon team. Joseph was previously coached by Whitgift’s Head of Modern Pentathlon, Miss Laura Gomersall, who had this to say of the breaking news, ”This is an incredible day and a milestone for Whitgift Pentathlon. In Modern Pentathlon, the Olympics are the pinnacle, so huge credit goes to Joe on reaching this level. It proves that the programme at Whitgift is effective in producing champions, and I hope that the next generation are excited to see what they can achieve. There has been a big support team along the way, so huge thanks go to all involved.”

In music, Whigift achieved more national recognition recently with Upper Sixth Former, Hristiyan Hristov, making it through to the Category Finals of the BBC Young Musician of the Year 2016 competition. Hristiyan, a marimba player who won a scholarship via Whitgift’s International Music Competition, underwent a gruelling audition in London, last year, warding off hundreds of other hopefuls to make it through to the televised finals. Only five individuals were picked for each category final, which included percussion, keyboard, strings, brass and woodwind. The finals were televised on Friday 22nd April, and can be viewed on the school website. Hristiyan performed his three pieces beautifully, but was narrowly beaten to a position in the Grand Final.

To mark the 400th anniversary of William Shakespeare’s death, the school joined forces with WAVPA (Whitgift Academy of Visual and Performing Arts), to pay homage to the world-renowned poet and playwright. The Headmaster hosted an intimate gathering of staff and parents, to enjoy an evening of music, drama and merriment, entitled Shakespeare’s Treasures, in a fitting tribute to The Bard. The scene was set in the beautiful surroundings of the Founder’s Garden, with all musicians and players in full period costume. Against the backdrop of Renaissance guitar strumming, ‘Puck’, plucked out of A Midsummer Night’s Dream, appeared from the Maze, initiating the evening’s theatre. Following a mesmeric gravedigger scene from Hamlet, a bell tolled (and the clouds lamented on cue) for all in attendance to make their way to the banqueting hall, otherwise known as the Concert Hall. The audience was enchanted with the effortless acting of the young WAVPA performers, a testament to the value of the programme, which was launched by Whitgift in 2014. The atmospheric interludes by the talented ‘companie of musicians’ was complemented by the outstanding voices of Mr Alan Weakley, and resident Music Scholars, Mr Adam Jones and Mr William Searle.

To finish off, I would like to draw your attention to the new school website, and specifically, the virtual tour function. That’s right – you can now view the picturesque grounds and fantastic facilities from the comfort of your own homes! Starting off in the Quad, where you can marvel at the topiary and menagerie, you can navigate your way round the school to see all the things that might have changed since you were last here. It is cutting edge technology (you can zoom in and everything!) and shows the school off at its open day best. Click onto www.whitigft.co.uk and take a nostalgic trip!