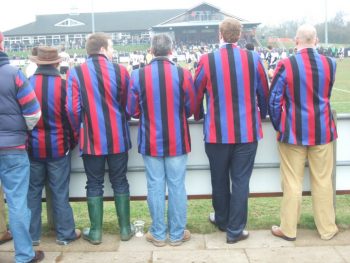 St Lucian born winger Yarde ended May with a flourish, scoring England’s fifth try in a 27-13 win over Wales. The match at Twickenham was a warm up for the summer tour and Wasps star Daly managed to get onto the field for the final 13 minutes.

Yarde continued his fine form against Australia and scored England’s second try of the first test in Brisbane. He played a pivotal role in a 39-28 victory and helped the side get off to the best possible start.

Unfortunately, that was the only match of the tour Yarde played in, with head coach Eddie Jones rotating the team. Fellow OW Daly did manage to play a part in the remaining two matches, albeit as a late replacement in both. In the final test, Daly had to get his head into the scrum after being brought on as a Back Row Forward instead of in his usual role at Outside Centre.

The test series was a huge success and lifted England up to second in the world rankings, with Yarde and Daly being a part of the first ever England squad to win a series Down Under.

Cipriani missed out on a place in the senior squad and was instead selected for the England Saxons tour to South Africa. He was a key player on the tour and produced two outstanding performances against South Africa ‘A’.

In the first test, he showed great creativity and scored twelve points with the boot during a 32-24 win. He followed that up with another solid all-round performance as the Saxons secured a 2-0 series victory. He will now hope those performances can earn him another chance in the senior side.

Youngsters South and Gallagher also enjoyed great success as part of the England Under 20s squad at the World Championships. They both played in victories over Scotland and Australia in the group stages, South Africa in the Semi-Final and Ireland in the Final as England became World U20 Champions for the third time in four years.

It’s an exciting time for English Rugby and all five Old Whitgiftians will surely be a part of even more success to come in the future.