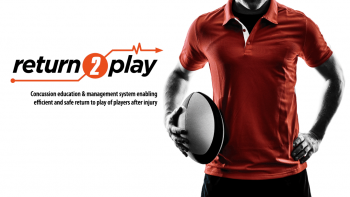 Mark Endersby (OW 1975-83), Whitgiftian Junior Rugby Chairman, said of the partnership “By its very nature, rugby carries a risk of player injury, at any level. Whilst we take the greatest of care to ensure the safety and well-being of all our junior players, occasionally, accidents happen. Return2Play’s system shows coaches and parents the progress an injured player is making to full recovery and match fitness. While we hope to have little cause to use it, I am now confident that our players will get the best treatment, in the event that they experience a concussion.”

Dr Sam Barke, Medical Director & Co-Founder of Return2Play, said “We are delighted to be working with Whitgiftian Junior Rugby, which builds on a strong Whitgift partnership: both my co-founder, Nick Somers, Mark Endersby all discovered a love of rugby when we attended Whitgift School.”

As a Partner Club of Return2Play, Whitgiftian Junior Rugby Club players who sustain a concussion will benefit from medical assessments provided free of charge, undertaken by specialist doctors, trained in concussion management. Free membership of Return2Play’s online, automated system will be provided to all parents of players.