The Upper Fifth of 1952-53 (well, nine of us) met in Purley last November, with our Honorary Member, Angela Warren, re-hipped and ably assisted by Ailsa and John Webb, once again providing her customary rich repast to feed the flow of conversation. And this year we did not forget to be photographed! So here we are: 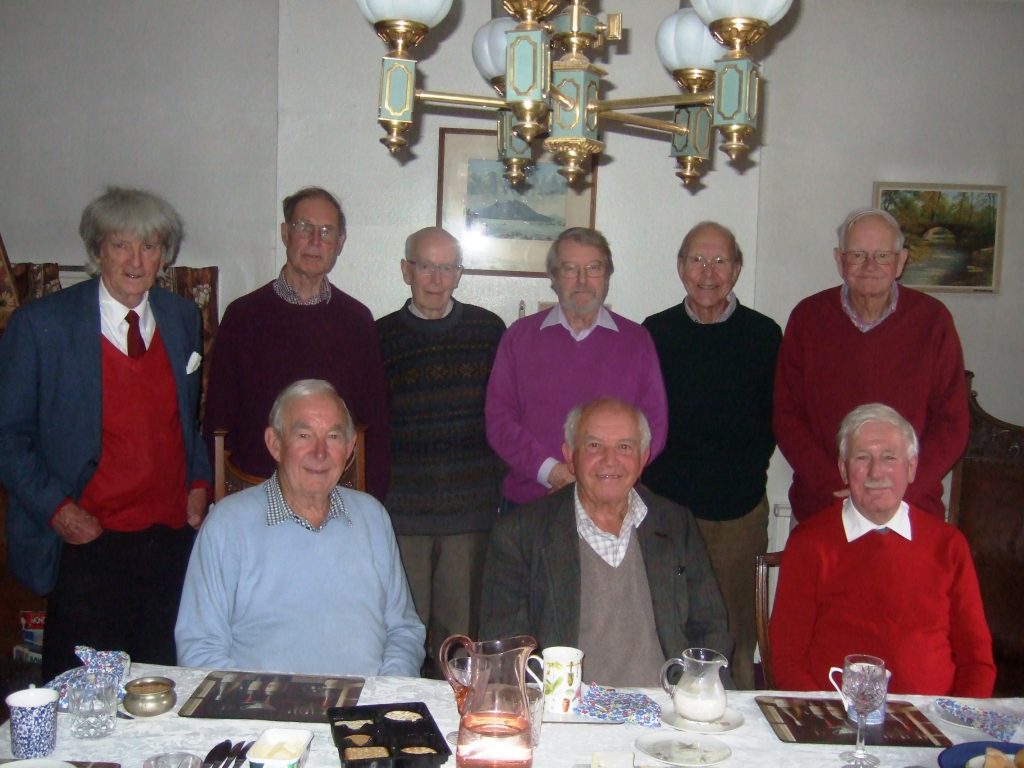 (The painting behind us is an original – one of many watercolours of Ireland painted by Robert Jones, one of our Whitgift Masters and a consummate amateur artist, hung in RA Summer Exhibitions.)

We received with pleasure the traditional annual news and greetings from our absent 12 extant members and reminisced briefly. But we have never been given to mere nostalgia, and on this occasion less so than ever. With two professional lawyers at hand and, dare I say, at least one or two would-be lawyers, conversation inevitably turned speedily to Brexit, Trump and the Rule of Law in a modern democracy. One sensed a feeling that, in the quite outrageous, even insane, atmosphere of today, we rightly feared that, after nigh on 80 years of collective personal good fortune – on several occasions we have claimed the privilege of having lived through a golden age, our good luck may now be turning.

But we stand stalwartly unfazed. We shall all be endeavouring to meet again in Autumn 2017 to celebrate our 65th Anniversary and, indeed, for some of us, the 70th anniversary of when we first met as Whitgift Pupils. Happy Days!