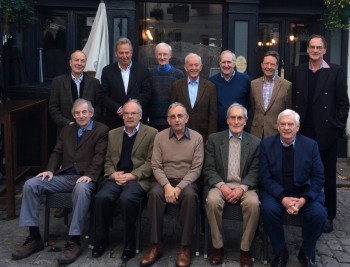 There has been a long-held tradition that Whitgift prefects meet for lunch at the Horse and Groom, in Belgravia, to mark the 50th anniversary of their year as prefects.

Twelve 1964-65 prefects met there on 21st November. A further dozen or so had been in contact but gave their apologies. Sadly, two had died, including John Knightley (OW 1957-65), School Captain for the year, who had passed away only a couple of months before the event. Peter Kelly (OW 1956-65), Deputy School Captain for the year, took over organising the event, in place of John.