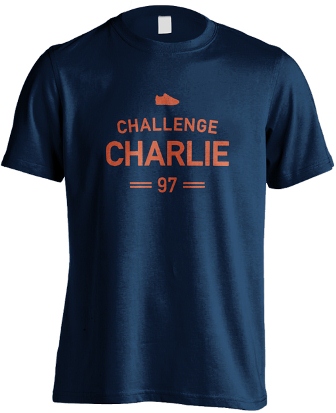 Old Whitgiftian Sam Hutton (2001-2008), whose younger brother Charlie tragically died in a boating accident in 2012, has challenged himself to run every day for 97 days and is asking others to join him in raising money for the Royal National Lifeboat Institution (RNLI).

Challenge Charlie will run until 20th September – Charlie’s birthday – and has set distances each day. The runs primarily take place in London and Sam is encouraging all those who live and work in the capital to take part and challenge themselves in Charlie’s memory.

The running distances rise in 2k increments between 2k-14k from Monday–Sunday and the time period (97 days) has been carefully planned. Charlie was born in 1997. The distance adds up to 772km, which equates to 1km for every week that Charlie lived his life. Additionally 97 days equates to 14 weeks and each week culminates in 14km, 1km for each of the 14 years that he lived.

Charlie Hutton died in a boating accident off the Isle of Wight in 2012 and since that time his two big brothers, Sam and Tom, have been showing their appreciation to the RLNI – an extraordinary charity run by ordinary people – for all their efforts on that tragic day. The brothers’ first fundraiser was the BUPA Great South Run in October 2012, and since then they have completed many other sporting events including the London Marathon, a Half Ironman and Sam even swam 14k from Henley to Marlow. Collectively Team Hutton has raised almost £20,000.

The latest challenge to run everyday for 97 days was brother Sam Hutton’s idea. Speaking about the Challenge, Sam says: “We wanted to create something that everyone can take part in and to inspire others to take up the challenge by running and getting fit. Charlie stood for sport, he stood for health and he stood for fitness.

“Ever the competitive little brother and being a cheeky teenager, if Charlie was running with us, he would have sprinted past us shouting “Speed up bros, call this running?!” So, what better way to honour his memory than to push ourselves through various sport and fitness challenges.”

To join Sam on one of his runs visit: www.challenge-charlie.co.uk or to donate visit Team Hutton’s fundraising page. All funds raised are donated to the RNLI.