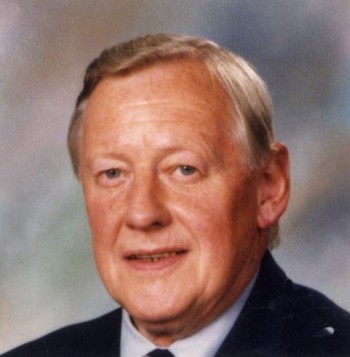 In the 1950’s, Geoffrey Marlar was engaged in modernising the school. Wishing to introduce Crafts as a serious, examined subject, he appointed Dai Lewis. There were doubters in the Common Room, but Dai won them over with his whole-hearted approach. It helped, of course, that he fitted neatly into the Welsh Rugby Mafia, running the second XV between Ken Nicholas on the Colts and Gerwyn Williams on the first XV. He also became a stalwart of the CCF and Lieut. Col. and Commanding Officer from 1997-81. His assimilation was complete when he succeeded Bill Edge as Housemaster of Tate’s.

Playing for the Domini, he had the simplest of batting methods, using Blodwen, a venerable and very heavy bat. This method consisted of swinging Blodwen in as wide an arc as possible. On the rare occasions when bat met ball, it would disappear to any point in the arc from third man to square leg. Later, in the pub, you would see the essential Dai, pint in hand, puffing contentedly on his pipe. A lovely man and a valued colleague. All our sympathies go to Margaret and Ian.