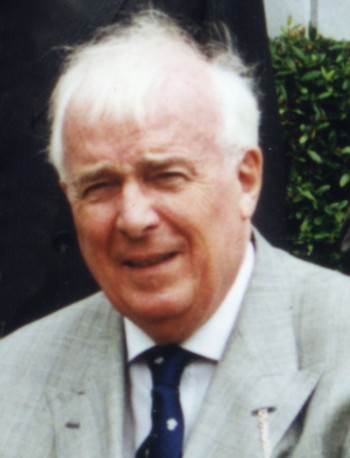 Please note that a memorial service for Dr Robin Moffat, will be held at St Paul’s United Reformed Church, in Croham Road, South Croydon at 11:30am on 18th May and after at the Whitgift Sports Club (“The Clubhouse”).

Robin Moffat worked as a General Practitioner in South Croydon for many years and for a time was Medical Officer to the School prior to moving to Brighton in the 1980s.

He enjoyed a distinguished and varied career across a number of medical disciplines.  Although trained and qualified in Obstetrics and Gynaecology, he became interested in forensic medicine and for many decades was Forensic Medical Examiner for the Metropolitan Police, often working in Croydon. He later became President of the Section of Clinical Forensic Medicine at the Royal Society of Medicine, where he was very much involved in setting up the Section in 1988.  He was also Past President of the Medico-Legal Society, and was recognised as a significant contributor to the development of Clinical Forensic Medicine as a discipline in the UK.

A frequent writer of letters to ‘The Times’, Robin had an acerbic and infectious sense of humour, much appreciated by his many friends, colleagues and associates.  Our thoughts are with his wife Beryl and his three children, Jeremy, Timothy and Pamela.  He will be sadly missed.