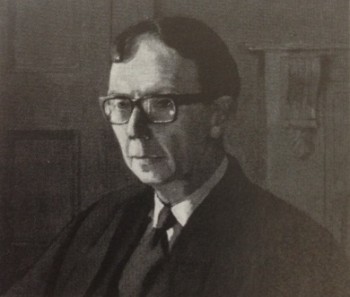 He possessed a rich and sensitive imagination, revealed in … dealing with personal problems of boys and of staff, and more publicly in his occasional participation in stage performances put on by the Common Room for Christmas entertainment. At these events he was glad to drop the somewhat severe and detached manner he thought appropriate for a headmaster, but which cloaked an essentially friendly and even mischievous light-heartedness. When he left he could look back with satisfaction at much progress in liberating those cultural subjects in which he was chiefly interested, and which – music, painting, drama and literature – he could express himself as a critic of experience and respected authority.”