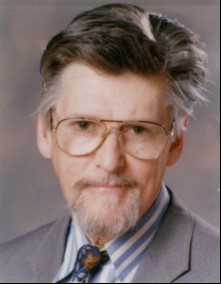 Henry John Maslin joined Whitgift’s teaching staff on 1 September 1959 as Chief Art Master and retired thirty-two years later as Head of Art in July 1992. During his career, he not only ran the Art Department but took on Joint Vice-President of the Arts Club and Chairman of Whitgift Press – the in-house typographic/print unit responsible for many Whitgift publications.

He excelled at designing backdrops and costumes for many School productions from 1961 through to the 1990s.

Henry was also Master i/c Tetrathlon and Fencing Master. He was English International Fencer representing England in Epee and Foil at the Quadrangular Internationals, 1960.

The funeral will be this Tuesday 25 April at 3.15pm in the West Chapel at Croydon Crematorium. Staff and OWs are welcome to attend. Flowers to Shakespeare Funeral Directors in Croydon by 11.00am and donations to the NSPCC. Shakespeare’s telephone number is 0208 688 1447.