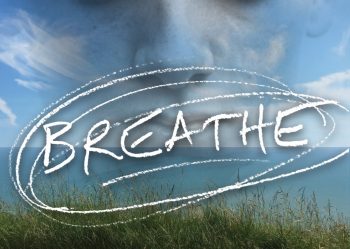 Last year, enterprising Upper Sixth Form student, George Jaques, single-handedly wrote and directed a play, and launched it via his brainchild, the Athenaeum Productions. Dilate was a cautionary tale about youth drug culture and it enjoyed three nights of sell-out performances.

Post production, George explained, “The play was more positively received than I could ever have hoped for. For me the most powerful response, after gathering audience feedback following the show, came from a boy in his early teens who said that the experience ‘changed my perspective on drugs’.”

After such an overwhelmingly affirmative and cathartic experience, George set out, practically straight away, working on his next project: Breathe is a production that explores the anxieties of everyday life for adolescents when the multifaceted pressures of life get too much.

Keeping with his charitable collaboration ethos (for Dilate he worked with the Daniel Spargo-Mabbs Foundation, which helps educate young people, parents and schools about drug and alcohol issues) George has partnered up with Childline for this production, and audience members encouraged to donate online or at the shows.

The show will be running for five nights, 31st July – 4th August, at The Bunker, one of London’s newest theatres, a subterranean space near London Bridge championing ‘exhilarating contemporary theatre’.

Old Whitgiftians are encouraged to attend on Thursday 2nd August at 7:30pm. Let’s show our support to this enterprising Whitgiftian playright! Find out more about the Athenaeum Productions at www.athenaeumproductions.com and book tickets directly at www.bunkertheatre.com or tel 020 7234 0486 for Bunker box office.