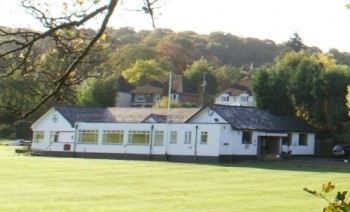 I know that, for some time, there have been rumours abroad concerning the status and future of Whitgift Sports Club (‘WSC’): I am now pleased to be able to give you the facts.

WAT has now agreed to transfer ownership of WSC to WA (through OWTL): once effected, this transfer will inter alia simplify the structure set up when WSC split from the WA in 2012.

As you will know, at WA’s last AGM in December 2019, its constitution was changed to enable it to provide direct assistance – financial and otherwise – to WSC upon condition of the above transfer, provision of which the ‘2012 split’ currently makes extremely problematic. Accordingly, upon its completion, WA will be in a position to help regularise WSC’s financial position and make some early, targeted investment in site infrastructure.

Since 2012 many OWs have been involved in running WSC and the individual sports clubs, involving many, many hours of unpaid work. That WSC has struggled under the yoke of the terms of the 2012 split, albeit itself well-intentioned, is, to my mind, entirely understandable and should in no way devalue their contribution – we who view the Croham Road facility to be the beating heart of the old boy community owe each of them a debt of gratitude. I would also like to express my personal thanks to the trustees of WAT for agreeing to the transfer of WSC to WA.

A professional survey of the clubhouse was carried out in February 2020 by an independent London firm of surveyors and the many recommendations contained in their report are being considered by the WA committee with a view to implementation as and when resources permit.

For the avoidance of doubt, we are absolutely committed to the continuance of sporting activities at the site – I have already spoken personally to representatives of the WSC’s constituent sports clubs in this regard.  As regards the administration of WSC itself, further discussions will take place as soon as practicable with a view to agreeing a revised modus operandi, one which institutionalises good corporate governance practice while affording the sports clubs the greatest degree of autonomy practicable.

For those who have used the clubhouse mainly for social purposes, I can reassure you that every effort will be made to enhance the facilities at the clubhouse, so as to improve the visitor experience. All WSC members, including those who enjoy WSC membership by virtue of their membership of WA, are most welcome to use and enjoy the club’s facilities.

I would finally and especially like to thank Suzanne Piscina, WSC’s on-site Manager, for all of her efforts in keeping the club running smoothly before entering a period of furlough, which I hope will soon come to an end.  I look forward to working with her in the future.

I am considering holding a reception at the clubhouse, at which all OWs will be welcome, but that is, obviously, dependent on the government’s pronouncements on releasing lockdown.

Finally, if any OW wishes to contact me on any Whitgift related matter I may be contacted on office@whitgiftianassociation.co.uk or on my personal mobile, as shown below.

My best wishes to each of you.