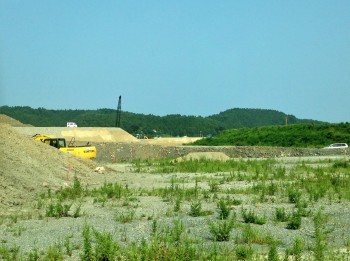 Earlier last year, Yuki Hayashi , a Sixth Form boarder in the Founder’s House, approached the WA for financial help with his community project in his tsunami damaged homeland. This request was referred to the War Memorial Trust Fund committee who examined all the relevant documentation and once satisfied, awarded him a grant to cover his additional travel expenses. His report follows:-

The importance of awareness

In 2014, I first volunteered for an organization in Japan called ‘Kids’ Door’, which provides free education for less well-off children. During the 2015 Summer holidays, I was working in Minami-Sanriku, where a terrible earthquake and tsunami struck in 2011. For the first two years, a large amount of money was donated to help improve the situation. But recently, the effects of the tsunami are not being reported.

Although it might be believed that the reconstruction of disaster-stricken areas has been going smoothly, this is not the reality. When I arrived at Minami-Sanriku, I was alarmed by the scene in front of my eyes: There were few houses and shops. Small weeds were growing, drearily covering massive patches of bare land, and soil had been piled up to create foundations for houses which will be constructed in the future.

People still do not have permanent houses. The students I taught in Minami-Sanriku were all living in temporary homes.

While volunteering, I was repeatedly told not to talk to local students about their personal backgrounds, especially their families. We were told that unless a student broaches the subject, we should not discuss these topics as we do not know the impact of the disaster on families: they might have experienced the loss of family members, or traumatic incidents. I felt very strongly about this: I felt it was of the upmost importance to carefully consider how to interact with people who have dealt with overwhelming experiences.

All the students there were very inquisitive. They asked me so many questions, not only about their studies, but also about what it is like in the UK. I have been immensely encouraged by their positive attitudes and aspirations for the future. I would like to take the initiative to help take steps forward to reconstruct Minami-Sanriku, and facilitate a community where more and more people actively support each other.