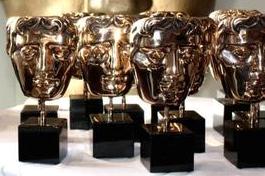 Old Whitgiftian Matt Kelly composed the music for “Sleeping With The Fishes”, which was recognised as the Best British Short Animation at the 2014 BAFTA awards ceremony.

Matt told the Croydon Advertiser, “Whitgift had a strong music department and really encouraged my development. It was while I was there that I got involved in music production, which then developed at university and into my working life”.

You can watch the trailer for “Sleeping With The Fishes” on YouTube by clicking here.