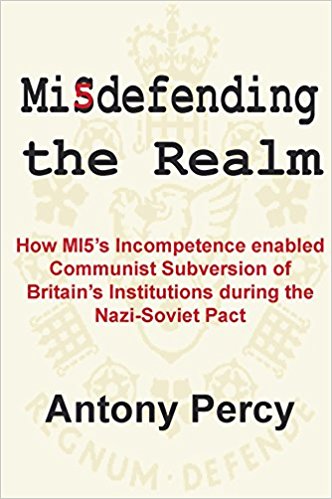 OW Tony Percy OW (1956-65) is author of “Misdefending the Realm”, published by the University of Buckingham Press in October. More information can be found at www.coldspur.com or via the copy in the School Library.

An extract from the book’s PR reads…“Research is revealed for the first time in new book Misdefending the Realm, a shocking account of MI5’s failings during the era of the Nazi-Soviet Pact. Its author, historian Dr Antony Percy, is the world’s leading authority on Russian espionage within MI5 during the Nazi-Soviet Pact. He spent four years piecing together the untold extent of Communist infiltration of MI5 and other government departments during the Second World War.”

Both digital and hard copies are available via Amazon.