News from the Hockey Club 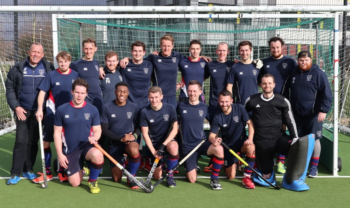 The second half of the season saw Tom Norris take over the reins as player coach for our Men’s section, which resulted in noticeable changes in form for both the 1st and 2nd teams in their respective leagues.

On Wednesday 12th February, after a hard day at the office, the Men’s 1st team also managed to squeeze in a training match against the Whitgift School 1st Team, which was a great opportunity to work on fitness, trial some new tactics and strengthen relationships with the school.

A very experienced school team, with younger and fitter legs plus a number of national league players came out the victors. Many thanks to Karl Stagno and Stuart Litchfield for organising the game and we look forward to future games both inside and out.

The ladies section has continued to flourish with 3 teams playing most weekends. We do need some more female members to enable us to enter our ladies 3rd team into a league, no experience is necessary!

With the 2019/20 season ended prematurely and the concept of summer hockey being unlikely, our focus has now switched to preparation for the new season hopefully starting in September.

We are always looking for new members of all standards to join us. If you, or any OWs that you know, friends or family are interested in playing hockey then look no further! Old/young, male/female, experienced player or just want to try something new – we pride ourselves on offering hockey for all as well as a great social scene.

Running 5 Men’s, 3 Ladies and a Mixed team there really is something for everyone. If you are interested in becoming involved, please contact join@cowhc.co.uk. Training will hopefully commence in August, but we would welcome anyone interested in joining us for the next season to get in touch ASAP!

Our current membership includes nearly 40 OWs from over the last 5 decades (and also a number of OMWs)! So there is a high chance that you will remember someone.