News From the Hockey Club 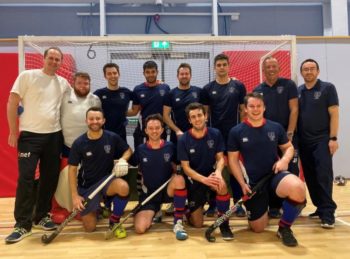 The hockey section has had a busy first half of the season. There have been varied results with most teams ending the year in middle of the table positions.

A number of notable items so far this season include our new Ladies 3rd team playing their first games of competitive hockey. This team has been setup to encourage ladies to get back into the sport or to try something new and has been hugely successful in attracting new players. We are still looking for more players so if there are any ladies in your lives that might fancy giving hockey a go for the first time or playing again get them to email join@cowhc.co.uk for more details and come down to training on a Tuesday night.

Our Men’s second team recorded a rather satisfying 7-1 win over local rivals Trinity Mid-Whitgiftians. Always a volatile game it was especially pleasing to win with such a comprehensive score line.

The highlight of the season so far has been the performances from the Men’s Indoor team. At the qualifying heat they beat Burnt Ash 3-2, London Academical’s 7-2 and Horley 7-1, finishing top of the group.

The team then went on to play at finals day. Coached by Rob Smith OW (1992-2000) and managed by Jon Foley OW (1975-80), the team played against a number of teams many of whom play in much higher outdoor leagues. In the group stages the team beat Marlow 5-2, Bournemouth 3-0 and lost narrowly to Havant 2-1 meaning they qualified to the knockout stages.

The quarter finals saw them beat Indian Gymkhana 5-4 in a nail-biting battle to the end. This was followed by a phenomenal effort against outdoor National League giants Old Georgians in the semi-final, but unfortunately at the final whistle the score was 7-4 in Old Georgians favour.

A truly memorable day that the team can be proud extremely of. Plans are already underway for preparation for next year’s competition.

Both the Men’s and Ladies sections are looking for new players to join us. If you, or any OWs that you know, friends or family are interested in playing hockey then look no further! Old/young, male/female, experienced player or just want to try something new – we pride ourselves on offering hockey for all as well as a great social scene. Running 5 Men’s, 3 Ladies and a Mixed team there really is something for everyone.

Our current membership includes nearly 40 OWs from over the last 5 decades (and also a number of OMWs)!, so there is a high chance that you will know someone.

If you are interested in becoming involved please contact join@cowhc.co.uk. Training will recommence in early January with the Ladies section training at Monks Hill Sports Centre on Tuesday evenings, 20:00-21:30 and Men’s at Whitgift School on Wednesday evenings, 19:30-21:00.