News From the School July-August 2020 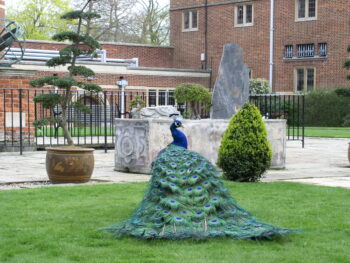 If you were to ask any teacher why they chose to do the job, I can guarantee that their answer would not be, “because I want to do something that involves an office, computer and a phone.” However, that has been the ‘new normal’ for the Whitgift teaching staff over the past few months as Microsoft Teams lessons conducted from home studies have become the new classrooms and screen time has gone through the roof. In a way, we are fortunate that this technology exists; without it, education simply could not continue given the restrictions currently in place.

However, when it was announced that Year 6 students would be returning to the school straight after half term, and Year 10 and 12 boys two weeks later (albeit only in a limited fashion), there was a sudden flurry of emails from teachers to their Heads of Department – all requests to be put on the active teaching roster from frustrated educators itching to be able to do their job properly. I have been one of the lucky ones allowed back to teach in the school and it is wonderful to see boys in the classroom (all socially distanced, of course!) eager to learn, or outside letting off steam with best friends they have been denied seeing for so many weeks.

In an attempt to keep things as normal as possible during these strange times, the school has endeavoured to maintain as many of the routines the boys are used to as possible. Whilst the conventional House competition could not continue, meaning Brodies’ were crowned champions for the 2019/20 curtailed season (congratulations, although Mason’s were not far behind when events ground to a halt!), a six week lockdown version was created in its place, with the different year groups being set a new assignment each week (ranging from photography to creative writing – all things which can be submitted online) that is passed onto a Housemaster to judge on the Friday.

Currently Cross’s are storming ahead in this, but I do find it rather suspicious that their Housemaster is by far the most ICT proficient out of all of us! In addition to the live lessons taught on Teams and weekly homework set on Firefly, boys have also not been denied the opportunity to sit their traditional end of year exams (I am sure they were delighted by this!), which were also set remotely on Firefly, and teachers are all currently busy marking these and producing the usual comprehensive set of end of year reports.

The Teams technology has also allowed us to keep up our provision of co-curricular societies, with the regular debates on current topical issues drawing larger audiences online than when they are held in their traditional venue, the CLR.

The society which has attracted the largest audience since lockdown began has probably been the Whitgift Afro Caribbean Society. The society was founded two years ago by Learning Support teacher and Old Whitgiftian, Mr David Powell, and it has obviously come to particular prominence in recent weeks due to the Black Lives Matter protests which have occurring in response to the killing of George Floyd in America.

In a missive sent out to the Whitgift community, the Headmaster had this to say about the society’s latest meeting: “I was glad to be present, alongside around 80 students and staff, at a (virtual) meeting of the Whitgift Afro Caribbean Society yesterday. The meeting discussed recent events in the light of what race means to those present. I want to commend Mr Powell, Miss Williams and those Whitgiftians who spoke at the meeting for what was a measured, deeply felt and courteous discussion. I want to highlight one contributor especially, who asked ‘what can regular people like us do to prevent that kind of thing happening again?’ There are many possible answers to that question, including some of the ideas suggested by black students in recent letters to the press, and petitions to schools and governments. We need to listen to, and consider these, and I undertake to do so.” The issue has also been discussed in virtual assemblies and form periods and it has been something that the Whitgift student body has been very passionate about.

And that is it from Whitgift at the moment. Plans are afoot for a virtual Celebration of Whitgift Life and hope remains that with a return to normality by September, we may be able to put on a belated graduation event for a year group that has been denied so many things, but as things stand, we will just have to wait and see what fate has in store.