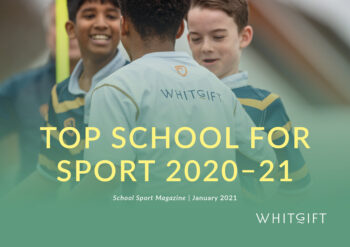 “It was with a mixture of feelings that I drove down to Whitgift in March to see David Raeburn’s Volpone, his final production at the school. There was the usual keen anticipation: David’s stagings unfailingly combine an alert sensitivity to the text with an exciting exploitation of dramatic possibilities. There was a sadness as well. For Whitgift drama will certainly proceed on its distinguished way, but the dramatic voice of Raeburn will sound there no more…”

Mr Raeburn was my first Headmaster at Whitgift. Having been part of the school fabric for the past thirty-three years, I have been fortunate enough to see up close and personal how the school has fared under three different Headmasters. Over the years, there have been significant speeches, official building openings, major announcements and shared visions, but funnily enough, still one of my most abiding memories of the school is my entrance interview with Mr Raeburn back in 1988.

I remember being surprised how at ease he made me feel given the formality of the occasion; he took a real interest in what I had to say and this was a trait I noticed on every subsequent meeting I had with him, including an Old Whitgiftian dinner when I was one of many eager former pupils who he took time to talk to on what must have been a very tiring evening for him.

It was, therefore, like thousands of other Old Whitgiftians and members of the wider school community, with great sadness that I learnt of his passing at the beginning of February. When I was trying to think what to write to honour Mr Raeburn’s memory in this piece, I found myself reading through old copies of the Whitgiftian Magazine from my first and his last years at the school. What struck me, and I hope will strike you too when reading through the words written by and about the Headmaster which I selected to adorn these paragraphs, is both how prescient his words were and how much the school gained from his stewardship.

“1988 has been an important year in British education. Among other things, it has seen the first GCSE examinations and the passage through Parliament of the Education Reform Bill with its provision in particular for a national curriculum. Whitgift has expanded and is continuing to respond to these new challenges in a vigorous way.”

I wonder what Mr Raeburn would have thought about the challenges facing Whitgift and British education in general in the school year 2020-21?

When I wrote on these pages two months ago, it was with great excitement about the return to some kind of normality in the new year. I got carried away with the prospect of the return of school sports fixtures and envisioned epic clashes on Bigside, North Field and The Astroturf against the elite sporting schools. As we all know, that was not to be.

After one day of teacher training at the beginning of the year, the school was forced to shut its doors again to all but a small group of boys. This, despite the fact that we had invested a huge amount of money and resources into the rolling out of twice-weekly tests to ensure the safety of all those on site. However, Whitgift would not be Whitgift if it did not meet this challenge head on and strive for more…

“The Fulfilment of a dream opens up the possibility of new dreams… our buildings, old and new together, now express the map of knowledge in a beautifully clear and significant way.”

This statement was referring to the opening of the ‘new building’ – the science and technology block – by Baroness Platt back in November 1990. Coming full circle, it is this area of the school which has seen the first steps of the ten-year site development plan come to fruition. The school has taken advantage of the temporary absence of boys to get a head start on the process.

If you were able to come on site now, you would see temporary classrooms on the Gallery car park adjourning the science and technology block. The long-term plan is to turn this area into a quad for the senior boys to relax in on their way to the new Sixth Form centre planned for where the maintenance buildings currently are. New, permanent classrooms are, however, scheduled to be built in various sites around the school to reduce the flow of boys around the buildings.

To lower the pollution levels on site by getting rid of traffic flow, a new car park has been built by the back gate on Haling Park Road (the old staff allotments). Once again, only temporary at the moment, but ready to become permanent in the not-too-distant future. That’s right, the school has certainly not been staying idle and wallowing in self-pity whilst the boys have been following a comprehensive remote curriculum at home, it has been expanding and innovating in an attempt to make life better for the boys and staff when they come back.

“I grow to old age continually learning many things.”

Mr Raeburn would be pleased to know that Whitgift is going from strength to strength in its academic endeavours, despite the barriers to learning created by the pandemic. In what has been a challenging twelve months for all students, the school is delighted to confirm that 13 of our Upper Sixth Formers achieved Oxbridge offers for 2021 entry.

In addition to the pupils supported by the School, for the past few years Whitgift has partnered with the Bolingbroke Academy to support their Oxbridge Admissions process. A handful of the Academy’s pupils took part in our preparation programme, with mock interviews taking place in the same way they do for Whitgift Students. We were pleased to have been advised that three students at Bolingbroke achieved offers for 2021 entry.

Ms Orchin, Assistant Principal – Director of Sixth Form from Bolingbroke wrote to let us know the good news and also commented, “The selflessness of you and your staff in assisting students from outside of your own school speaks volumes of the charitable, compassionate ethos and culture at Whitgift. My sincere thanks to all of you for your kindness and efforts.”

“Which character from Classical Times would you most like to meet and why?

I think the most obvious choice must be Socrates because he, from all the evidence we have from Plato, was such a stimulating man. He really asked questions which made you think. He must have been a very special and remarkable man especially if one reads the account in Plato of how he accepted his death with such dignity and composure.”

Asking questions which make you think is what I remember Mr Raeburn doing during my entrance interview all those years ago. Entrance interviews and exams took place this year too; despite the obvious obstacles placed in the way by the pandemic, the brave new digital frontier enabled the frankly heroic Admissions team to ensure the future of the school. Working in conjunction with the tireless AV department, they were able to run a series of virtual open events from September through to November.

Many of the entrance exams were moved forward to December, which obviously proved to be a wise move in light of the national lockdown imposed only one day into this term. All the rest of the exams and the ensuing interviews were conducted remotely and the end result is that we have a bumper crop of new boys eager to start their Whitgift experience in September.

House Music premiered online on Wednesday, 3 February. Students from Whitgift’s eight Houses rehearsed and recorded their solos and ensembles which were edited into a one-hour showcase by the AV Department. Experienced musician Jeremy Summerly, former Head of Academic Studies at the Royal Academy of Music, was invited by Mr Elsom, Whitgift’s Director of Music, to adjudicate this year’s very different competition. The evening was as much a celebration of students’ musical achievements as it was a competition. 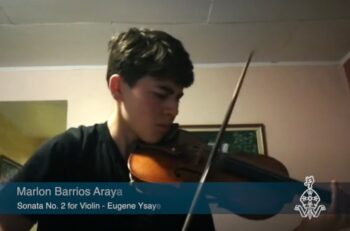 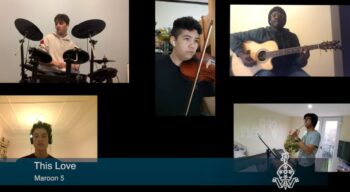 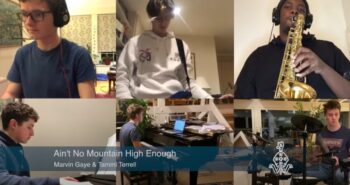 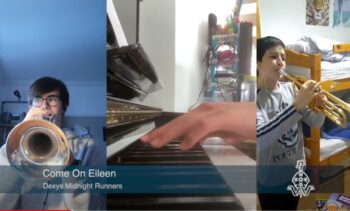 From fantastic pairings of baroque and soul, to a contemporary cover of a 1950s classic, and an original composition, the evening did not fail to impress. First place this year went to Cross’s. Their submission included music scholar, Marlon Barrios Aray’s ‘technical tour de force’ performance of Eugene Ysaye’s Sonata No. 2 for violin together with the large ensemble’s version of Coldplay’s Adventure of a Lifetime. They were commended on the professionalism of the composition, and for bringing a delightful ‘folky halo’ to their version – full of life and drive – which was really compelling. “I forgot I was witnessing a school competition and I just let you entertain me”, concluded Mr Summerly. You can watch the performance on YouTube (https://youtu.be/JT3yS-e1Yr0).

“All one can say at this stage is that if the facilities are used with imagination, the possibilities for developing the education we offer in line with the needs of the modern world will be unlimited.”

Whilst the boys have not been able to make use of the school’s fantastic co-curricular facilities as much as usual in recent months, that has not stopped us being recognized for what we have achieved in the past. Following on from Whitgift’s award as Independent Boys’ School of the Year 2020, which recognised the academic and co-curricular achievements, the school has been awarded Top School for Sport 2020 for its all-round sporting achievements.

The annual top 200 list is compiled by School Sport Magazine, the country’s only national magazine dedicated to celebrating sporting achievement in UK schools. Over 4,000 schools are considered for the title each year and the criteria on which it is awarded are based on performances in 20 different sports and more than 120 different national competitions. In this exceptional year, Whitgift topped the table.

Director of Sport, Mr Stuart Litchfield commented, “At Whitgift we strive to inspire each individual to be the best version of themselves and to develop a passion for being active. We are truly proud of the achievements of all our pupils at every level.” Phil Tusler, publishing editor of School Sport Magazine, said: “This has been another remarkable year for competitive sport in schools, achieved in unprecedented circumstances, and Whitgift deserve their achievement. Congratulations to the pupils involved and the work of the school’s sports department especially.”

To conclude, Whitgift is flourishing and the future is bright, despite the depressing nature of the present. I will leave the final words to the great man himself, who spoke with wit and fondness about the future of the school in a final interview published in the Whitgiftian.

“Graham Sleight: Lastly, if you were to stay at Whitgift for another ten years, what would you aim to achieve?

Mr Raeburn: I think my primary aim would be to continue responding to the challenges of the time and to maintain the happiness of the school’s life as a community. I do feel, though, that the time has come for someone else to take a fresh look at the school’s needs and the way it works, and to formulate more detailed objectives for the next decade. At the end of the day, I like the words on Archbishop Whitgift’s portrait: ‘Feci quod potui; potui quod, Christie, dedisti.’ [I have done what I could, which was what Christ has enabled me to do.] I’d rather leave it at that.”