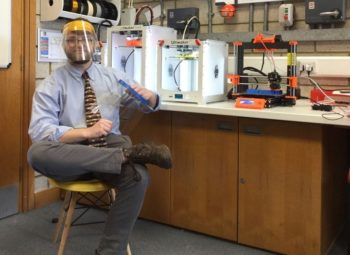 In what has undeniably been the strangest two-month period I have ever experienced during my twenty years of teaching thus far, two dates in particular stick out.

The first is Thursday 19th March and the second is the very next day, Friday 20th March. In these unprecedented times, every day is strange, but those mentioned above will long linger in the memory of every boy and staff member at Whitgift as they were the days when the serious, life-changing nature of the impact of the corona virus truly hit home.

Thursday 19th March should have been a day of celebration for Whitgift sport. Unfortunately, the chance of a hat-trick of national titles being acquired on one day had passed when the Hockey First XI had narrowly lost to Dean Close (2 – 3) one week earlier. Their rugby counterparts had booked themselves another day in the sun at Twickenham with an epic semi-final victory away to Sherborne (more on that later) and the U15 football team had earned the chance to win the ISFA cup by sealing themselves a place in the final against Royal Russell with a magnificent 7-2 defeat of St Bede’s in the semi.

However, due to the impact of the virus, neither match could happen and over 40 boys missed out on the chance to create memories to last a lifetime in the thrilling theatre of sport. And they were not the only ones: the U12 footballers and U13, U15 and U16 hockey players all missed out on their opportunities to play in national finals due to take place at the end of the term.

The theme of missed opportunities does not just extend to the sportsmen, however. As I write this, there is a very real chance that Friday 20th March was the last day of school for nearly two hundred Sixth Formers. The cancellation of all public exams has been well publicised and would have been enough of a wrench on its own given the huge amount of work the boys had put in over the previous twenty months in preparation to take them, but when you also think about some of the other things they might have to miss out on – ‘muck-up’ day, Graduation, the Leavers’ Ball, results day parties – you have really got to feel for them.

I can remember all of these occasions very clearly and whilst the class of 2020 may still get the opportunity to partake in these events (as I write this, the media seems to be flip-flopping on a daily basis as the whether schools will be reopening in weeks or not until September), the fact that they might not be able to finish their Whitgift careers in the ‘right’ way is truly very sad.

When I drove out the front gates at about 5 o’clock on that fateful day, Friday March 20th, I paused to say goodbye to a group of about twenty-five Sixth Form boys who had mustered to both reminisce the good times and ponder the uncertain future. Had the Whitgift chapter of their lives come to an end two weeks shy of the Easter term? I sincerely hope not.

And so when the final staff member left the building and the smattering of sixth formers waved goodbye and dispersed, the age of remote learning began. Obviously, the school has remained open to pupils of key workers, but that is only a very small proportion of the whole school body and so, to all intents and purposes, Whitgift became a digital school on Monday 23rd March.

Boys and staff had to rapidly get used to the world of Microsoft Teams as a means of delivering lessons and Firefly as a medium to set and submit work. There were a few hiccups early on, but on the whole, everyone has mucked in to make the best of an undesirable situation.

Teachers have been innovative in trying to create a digital interactive experience for the students; ways were found to maintain registration and form periods; senior staff uploaded pastoral assemblies to maintain morale; sports staff set weekly challenges to keep up fitness and agility; and the Headmaster provided regular updates to boys and staff alike to keep an open dialogue about what the school was doing to ride through these rough waters.

In addition to doing their best to remotely educate and pastorally guide the pupils, the Whitgift staff also have been doing their bit to contribute to the national efforts to protect the NHS and those in need of care and assistance. 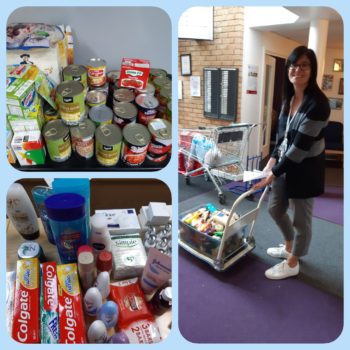 Firstly, assistance was provided to Croydon Voluntary Action in the form of minibuses and volunteer drivers for the delivery of vital food / supply deliveries. On 31st March, Howard Primary School had no hot lunch provision and so the resourceful Whitgift catering team made hot meals for all their keyworkers and pupils which were then delivered in a school minibus by volunteer driver Mr Jenkinson.

Mrs Boon organized the Lower School English society to write a series of letters to the NHS to thank them for their efforts which were then delivered to local hospitals. Finally, during the first few days of the lockdown, DT teacher, Mr Wendes, designed a prototype visor in the hope that it could be used as PPE by the NHS. Within days, it was officially approved by Croydon University Hospital and so 100 were made the next day and sent off.

Not happy with the speed of the output in the wake of the substantial demand, Mr Wendes toiled away in the school’s DT lab until he was able to improve the efficiency of the design process. When interviewed by www.verdict.co.uk, he stated, “The main challenges were developing a visor that could be sterilised, reused and efficiently manufactured using school-based materials and manufacturing techniques.” 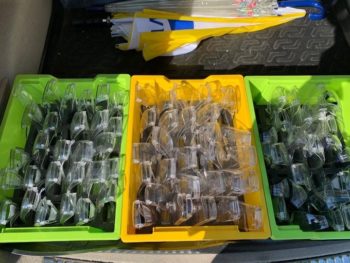 As a result of his efforts, the school can now produce 200 a day. The entire DT department is now being used as a manufacturing centre for these visors with volunteer members of staff coming in to help Mr Wendes to use the 3D printers and laser cutting machines to produce hundreds of masks for the front-line workers. Vincit Qui Patitur!

And so to conclude, let us pretend that none of this ever happened and I was just writing a conventional update of what has been happening at the school.

Well, where better to finish than with the magnificent First XV squad who, due to last-minute budget cuts in the RFU, found themselves travelling for over three hours on Saturday 7th March to face the might of Sherborne School on their home patch rather than at the neutral (and geographically much closer!) Allianz Stadium, which has hosted the national semi-finals for the last few years.

Sherborne had enjoyed a fantastic season thus far and, buoyed by the support of over a thousand fans, got off to a devastating start by racing to a 13-0 lead. Whitgift managed to get a converted try back through a powerful line-out maul before half-time, but inspired by the braying of the increasingly vocal home crowd, Sherborne scored again soon after the break to take a 20-7 lead and this was the challenge that presented itself to the gallant Whitgift boys as they entered into the final fifteen minutes of the game.

Suffice to say, their determination and resilience did not let them down and they overcame the deficit and silenced the crowd when Ben Fitzgerald (who, incidentally had been one of two Whitgift players to have been yellow carded earlier on in the match) nervelessly slotted a challenging penalty from the 10 metre line to take the match 24-23 in the last action of the game.

The write-up on the popular school’s rugby website, fifteenaside.com, had this to say about the boys’ efforts: “A comeback of stunning proportions, epic determination, incredible patience, but most of sheer guts. Bucket loads of guts. The reigning champions had found a way back to Twickenham, found a way to win, and given themselves the chance to repeat the feat of their sides of 2010 and 2011 by going back to back…Ultimately it was a semi-final that will go down as one of the greats.”

Well, as we know, the boys never got the chance to take on Warwick in the grand Twickenham finale, but the character they showed on that day back in early March will live long in the memory and is reflective of everyone at the school who is doing their best to adjust to the new way of life in the world’s efforts to beat this virus.