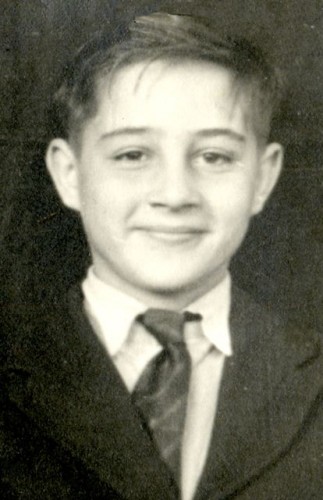 The Whitgiftian Association has lost one of its most loyal and colourful personalities. Nick Selwood passed away in Cyprus on Friday 15th November 2013 after a long illness.

Born in Coulsdon, Nick’s health was a challenge from polio at the start, but he pushed that inconvenience aside and became a dominant and popular character with a wide circle of friends.

As a Whitgift classmate in the late 1940s, Brian Kay recalls that Nick always had a ready and quick wit, an example of which was when there had been a delicate problem with one of the Junior School teachers! The then Headmaster interviewed a number of boys in 3B2 including Nick… “Well look here Selwood, is there anything that you wouldn’t like your mother to know about?” Nick thought for a moment and said, “Yes, Sir, there is”. The Headmaster brightened up and said, “What is it then?” And Nick replied, “My End of Term report, Sir!”

After leaving School, his substantial presence was regularly on display with the OWRFC lower sides on the rugby field as a battering ram that tested the courage of the opposition and the stability of the OW scrum! During the OWRFC halcyon years of the 60s/70s when our 1st XV was particularly outstanding, we often fielded six teams and our bar benefitted financially and musically after matches, when Pat Pegg’s sausages were the only interlude to raucous singing! Nick played his part, also with a spell as Bar ‘Convenor’ and he helped Gerry Bowthorpe in the Coaching of young players, who were no doubt intrigued by his proud Beatles’ hairstyle! During this period, many rugby clubs ran “Stag evenings” and Nick and I arranged three financially invigorating events… I particularly remember his exchanges with the then relatively unknown Mike Read, who was a very popular if frightening MC!

Most of Nick’s and June’s business years were spent as genial hosts at several hostelries in Central London and the Croydon fringes, after which they formed a building company, which handled the substantial redevelopment of the entrance area of the OW Clubhouse (now the Whitgift Sports Club). During the demanding project, he must have shed a tear with the necessary dismembering of our famous plunge bath, where his rumbustious arrival after rugby often threatened to drown the relaxing participants!

As the years passed pleasantly by, a group of we friends enjoyed regular visits to Beckenham and Twickenham for the Middlesex Sevens and occasional trips, always enjoyed, to Paris for the rugby internationals. Showing his capacity for more cultural pursuits, Nick and I occasionally crossed the Channel to Amsterdam where I often had to drag him away from his apparent admiration of the “Step Gables” in the Bloemgracht!

Nick and June’s last few years have been spent in Cyprus where they moved to enjoy the fabulous weather and welcomed many friends to join them for vacation. June’s cooking was legendary, although on the occasions when they did return to “Blighty”, their first dinner outing was invariably to enjoy Nick’s one-and-a-half portion of chicken vindaloo at an Indian restaurant!

We have lost a very special friend and pass our condolences to June, Tim, Deborah and the family for the years ahead.