Note from the Editor 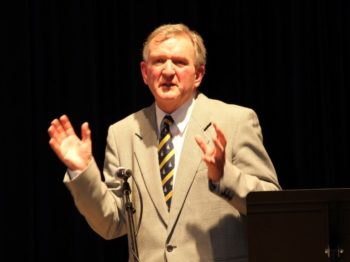 A successful OW summer with an ODI Cricket World Champion in Jason Roy OW (2004-08) whose batting and fielding (his the winning run-out throw) greatly helped England’s cause followed by an Ashes century from Rory Burns (2001-06) and the Whitgift opening partnership at Lords, although nothing really changes as it was a John Fisher OB Tim Murtagh who took the wickets in the Ireland test match!

It was a gold medal for Joe Choong OW (2008-13) at the modern pentathlon World Cup which has sealed his Olympic place for next year and runs for Dominic Sibley OW (2007-14) for the English Lions against Australia which has aroused the selectors interest. A warm welcome back to Lawrence Okoye OW (2003-10) from American NFL to throw the discus at the Anniversary Games in Stratford and congratulations to Oliver Little OW (1988-96) on completing his Channel Swim this July.

The mini reunions continue with a small gathering at Bridport and a select number of HOBOs partaking of a drink or several around London Town and the regional Dinner at Tiverton giving an opportunity for our South West members to meet together.

Brian Kibble OW (1950-55) as president of the Surrey Mayors’ Association and having already hosted the official Reception for new Mayors has now chaired the AGM and Garden Party which Alderman Geoff Austin OW (1958-66), past Mayor of Kingston, attended and rumour has it scoffed all the cream cakes and strawberries!