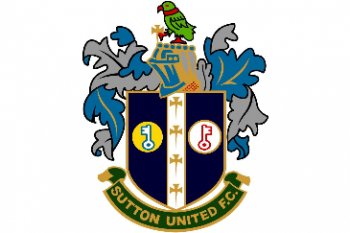 Many critics will say that the FA Cup doesn’t have the same magic as it used to or that it’s a dying tournament. They insist it’s de-valued due to bigger clubs rotating their teams, to protect players for more “important” league games.

You only need to look at Sutton United’s fairy-tale run to the fifth round this season to know that’s simply not the case.

Sutton, whose President and Chairman is Old Whitgiftian Bruce Elliott (1960-65), are a non-league club in every sense of the word. They have never actually played in the league and are currently struggling at the bottom end of the National League, one tier below league level.

Their cup story started back on October 15th 2016, in front of 751 paying spectators at Gander Green Lane, against National League high-fliers Forest Green Rovers in the final qualifying round.

The match itself was a tight affair, which was expected after the teams had drawn 1-1 in a league fixture two months earlier. Forest Green took the lead, but Sutton weren’t to be denied. Ross Stearn equalised and the game looked headed for a replay until Roarie Deacon hit a last gasp winner to put his side through to the first round proper.

That first round match was against a team even lower in the league structure than Sutton, National League South side Dartford. Being away from home took away any advantage they had, but they still prevailed in a nine-goal thriller. With the scores level at 3-3, Sutton asserted their authority and hit three goals in the last half an hour to win 6-3.

The draw for round two saw them given a home tie against League Two strugglers Cheltenham Town. This game needed an even later winner from Deacon to prevent a replay, with the former Arsenal youth team player netting in the 96th minute.

It was the first time they had made it through to the third round since the 1993/94 season. With the big boys from the Premier League and Championship entering the competition at this stage, Sutton were hoping for a dream draw. However, they were paired in a local derby with AFC Wimbledon.

Being at home gave them at least a chance against the League One side, and they fought hard to earn a 0-0 draw and take the game to a replay. Ten days later, they took the relatively short trip to Wimbledon for a match in which they were expected to lose.

Going 1-0 down in the first ten minutes didn’t help their cause and it looked like it would be the end of a decent cup run for them. They showed pure grit and determination to stay just a goal behind, and deservedly scored an equaliser with just fifteen minutes left.

Extra-Time looked a certainty, but Sutton once again found their scoring boots in the closing stages. Two injury time goals, from Maxime Biamou and Dan Fitchett, gave them a surprise 3-1 win and booked a 4th Round tie at home to Championship promotion contenders Leeds United.

It was only Sutton’s third ever appearance in round four of the competition, and history said they were in for a tough game. Back in 1970, they had been beaten 6-0 at home to Leeds, whilst their only other appearance at this stage ended in an 8-0 defeat at Norwich in 1989.

Just under 5,000 fans crammed into Gander Green Lane, to witness what was one of Sutton’s best performances ever. A resolute defensive display, a man-of-the-match showing from Deacon, and a penalty from captain Jamie Collins gave ‘The U’s’ a 1-0 win in a massive cup upset.

It was the first time Sutton had made it through to the fifth round, making them only the ninth non-league team to reach that stage since 1945. All that stood between them and a place in the Quarter Final of the FA Cup was Premier League top-four side and twelve-time competition winners Arsenal.

Excitement in the area reached fever-pitch and neutrals across the country were rooting for Sutton to produce THE biggest cup upset in the history of football.

On February 20th, TV cameras were in attendance as Arsene Wenger’s team full of international players took to the Gander Green Lane pitch. Over 5,000 spectators inside the ground, and more trying to sneak a peek of the action from outside vantage points, watched with a mix of dread and anticipation.

Would this be the stuff of nightmares, with Theo Walcott and co running riot and scoring a shed-load of goals against the hapless amateurs?

Or, would this be the stuff that dreams, and Hollywood movies, are made of, with the part-timers captained by a builder beating the mighty Arsenal?

Well, as it turned out, it was neither. The Sutton players put in a performance to be forever proud of and held their own against their multi-millionaire opponents.

Adam May had a clear-cut chance that he put agonisingly wide, Collins headed just over from an inch-perfect corner, and Deacon rattled the bar with a strike from outside the box. However, it wasn’t to be and the game finished with the Premier League side picking up a relatively narrow 2-0 victory.

The game was almost over-shadowed by a reserve goalkeeper eating a pie, but that couldn’t take away from what was a massive achievement for everyone involved with the club. All that mattered was these players from the lower echelons of English football and the fact they had given it a damn good go against a team 105 places above them in the league structure.

Sutton’s cup run may have ended, and they now go back to fighting against relegation from the National League, but they won the hearts of a nation and proved the magic of the cup is still well and truly alive.