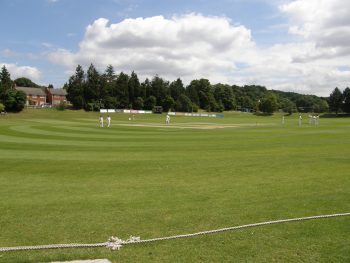 The 1st XI at one stage reached 3rd place but a losing streak of four games saw them tumble down the table. The OWs possess a strong bowling attack, but the team’s fragile batting has struggled to score sufficient runs as batting becomes easy in late summer. Star performers in recent weeks include two young batsmen Shaz Rana and Aamir Raza, and captain Mo Raza has taken five wicket hauls in recent weeks.

The 2nd XI are currently 4th in their division, however promotion is no longer an option as the top two teams are already promoted. Arun Ramamurthy has struggled to keep a consistent team which has meant they have been inconsistent with both bat and ball.

The 3rd XI are currently top of their league with three games left to play. Star performers with the bat have been Captain Abhinay Raj, Neel Dudhia (OW) and Jon Higgins OW (1986-94) while the wickets have been shared around the side.

Finally, the Sunday Development side, which aims to introduce young cricketers (U18s and below) to adult cricket, have reached the semi-finals of the competition.