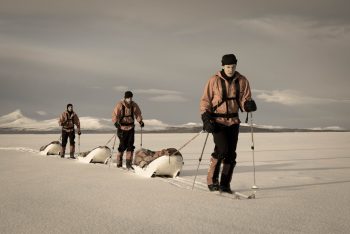 On 27th October, Ollie Stoten OW (2000-08) began an amazing adventure! Ollie is part of “SPEAR 17”, a group of soldiers who plan to finish the last epic adventure started by Henry Worsley, the explorer and former SAS officer who died this year trying to cross the Antarctic.

The group, all aged between 24 to 27, will be travelling to the South Pole and then traversing Antarctica. Ollie and his team mates will need to ski 1,100 miles to complete the expedition, which has only ever previously been accomplished by six others (half as many who have walked on the Moon!) The expedition is due to last 80 days, taking the men across some of the toughest terrain on Earth, where temperatures drop as low as minus 50C and winds can hit 90 miles per hour.

Ollie’s team are raising money for “ABF The Soldiers’ Charity”.

Good luck to Ollie, who will surely be the first OW to the South Pole.