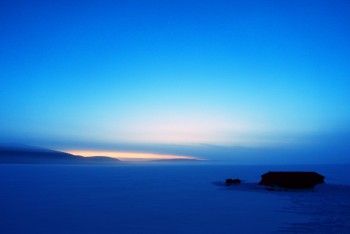 OW Ollie Stoten (2000-2008) has just returned from the final phase of selection to make the SPEAR17 team (South Pole Expedition Army Reserves 2017); a six-man team who, this year, will attempt to ski over 730 miles unsupported from the coastline of Antarctica to the geographic South Pole.

Ollie, about to finish his medical degree, will be carrying out research during the expedition into the effects of prolonged exertion on the body to better understand both ill health and human performance.

Each team member will be hauling an individual pulk weighing approximately 160kg that will contain everything he needs to survive for two months on the ice pack. The team will be completely self-sufficient and do not intend to receive any form of resupply or outside assistance. If all goes well they will reach the Pole in January 2017.

The team will face many challenges along the way with the harsh polar weather, constant katabatic headwinds, crevasses, whiteouts, climbing to 10,000ft, isolation from the outside world and the constant mental and physical battle of man-hauling their pulks across the ice.

To make the team, applicants across the Army Reserves undertook a long selection process, culminating in a two-week exercise in Norway learning ‘polar routine’ where the final team was chosen. With temperatures regularly in the -30s(°C), the team faced a constant battle to survive.

They had to learn the fine line between generating enough body heat to prevent hypothermia and frostbite, but not too much to cause them to sweat. The moisture would immediately freeze in the clothing, producing much faster drops in body temperature.

As the extreme daily exertion began to take its toll on the team and their bodies ate through their fat reserves, they craved more and more calories and their appetites turned to salami, cheese, chocolate and any other fat they had with them. Ollie, with a background in ultramarathon running and interest in nutrition, will be planning the team’s expedition food to allow them to undertake this mammoth task.

To be in peak physical condition, the team has joined forces with OWs Adam Jordan (2000-2008) and Michael Jordan (2002-2010) (7R Performance) to develop their strength and stamina.

As a consequence of the expedition the team hope to raise £100,000 for the ABF The Soldiers’ Charity, helping those service personnel that require it most.