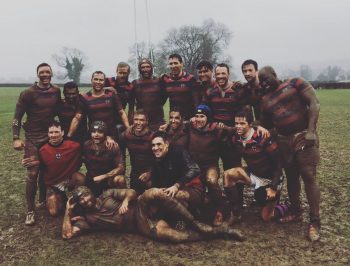 It’s been ten years since OWRFC gained promotion into Surrey 1. In those 10 years, Whits have finished consistently in the top half of the table and have had 3 unsuccessful attempts at promotion through play-off against Hampshire.

But things may be about to change. With five games to go, Whits sit 9 points ahead in the league, boasting an unbeaten record at home and picking up 7 try bonus points along the way. There is an excitement building at Croham Road that this may well be our season, and the increasing crowds to home matches are evidence of the exciting brand of rugby being played.

Your support would be very welcome.

Match reports can be found at www.oldwhitsrfc.co.uk.