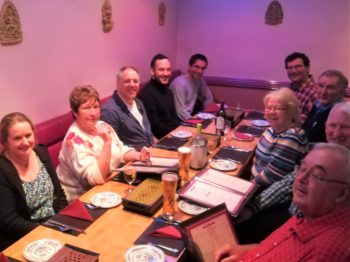 Although unable to play at the time of writing, the OW5s Club was fortunate in holding our annual South West tour just before the Covid-19 ‘lockdown’. A fuller report will be available for the next newsletter, but in the meantime here’s a very brief summary and photo as a taster…

It was good to play against many familiar faces at Sherborne, and to make new friends during a mix-and-match game at Marlborough.

We wish well to all involved in the OW5s Club and the Whitgiftian Association during these unprecedented times; and we look forward to when we can return to the school courts to play again.