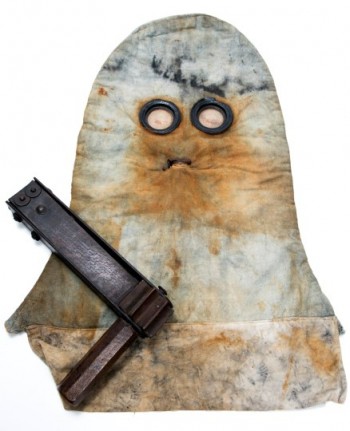 Following the success of The Mary Rose Exhibition at the School in 2009, this long-awaited centenary attraction opened last week to an excited response from the media, including The Sunday Telegraph who described it as “a fascinating …extraordinary exhibition.”

Having last week visited the Performing Arts Centre – now referred to as the Whitgift Exhibition Centre but, for OWs of my generation, etched in our minds forever as the old swimming pool – I can echo that sentiment. ‘Remembering 2016’ is first-class and unquestionably worthy of a visit.

Packed with personal accounts, original artefacts, documents and archive footage and reflecting the shared experience of British, French and German men and women both at home and at the front, the exhibition’s internationalism is a surprising and fascinating feature.

The items and memorabilia on display are drawn mainly from private collectors but also from museums and galleries from across the United Kingdom and the prestigious Musée de la Grande Guerre in France. There are numerous rare and unique items to dwell on, many of which have not been shown in public before. A few to look out for include early issues of the British trench newspaper, ‘The Wipers Times’, a German Field Wagon, rare French uniforms and souvenirs taken from German Zeppelins.

Particular highlights are the number of detailed, re-created scenes including a re-construction of a British trench at dawn showing soldiers preparing to ‘go over the top’ and a German machine gun emplacement at night, both from the Battle of the Somme.

The Exhibition also finds its way under the main gallery space (thanks to the old pool beneath your feet!), with a display on tunnelling, illustrating the tactic of going underground to listen to the enemy and to lay explosives. Then, in contrast to the trench scenes, there is a series of domestic room displays, providing a snapshot of what life was like back home whilst so many young family members were away at war.

‘Remembering 1916’ also showcases a range of artwork including a stunning collection of oil pastel portrait prints of allied soldiers by Swiss artist Eugene Burnand, a series of graphic political cartoons by Dutch artist Louis Raemaekers, and a rare collection of recruitment and home front posters from Britain, France and Germany.

Amongst many stories, the Exhibition outlines Whitgift’s double connection with the career of the infamous German Flying Ace, Manfred von Richthofen, also known as the Red Baron; in particular, his fierce dogfight with Second Lieutenant Lionel Morris, OW. Von Richthofen shot down Morris’ plane, mortally wounding Morris. This was the Red Baron’s first official ‘kill’ of the War. Remarkably, sometime later another OW, George Walter Barber of the Australian Medical Corps, conducted the third autopsy on the remains of von Richthofen himself and his conclusions changed the interpretation of the events surrounding von German ace’s death.

The Exhibition draws to a close with a reflective and moving Remembrance section acknowledging the 251 Old Whitgiftians and masters who died during the WW1 with a display of sculpted poppies, one for each life lost.

The promised Edwardian Café was still under construction at the time of our visit but that didn’t prevent us from enjoying a light lunch under canvas on the lawns in front of the Exhibition Centre. Altogether an engaging and rewarding couple of hours.

‘Remembering 1916’ is open daily between 10am and 5pm until the end of August. I left hoping that the immense effort of all those who have contributed will be rewarded by this exhibition reaching the sizeable audience it deserves.

(…and OWs get a discounted ticket price of only £5!)

For further details please see www.remembering1916.co.uk. Please note that an “Early Bird” offer for OWs, offering half price tickets is available until 13th May. Please click here for more information.