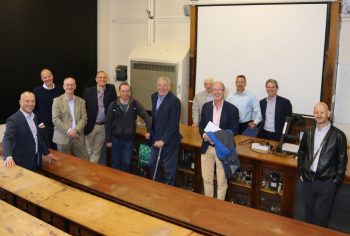 On a wet September day, 10 former pupils from 6 Science A of 1982-83 and their two chemistry teachers, Don Gillard and Alan Vibert, met for their 5-yearly reunion, mostly of those who participated in an industrial field trip to Germany led by the two masters. Apologies were received from two more alumni who couldn’t make it as they were now resident in Australia and California.

Celebrations started with a drinks reception in the Founders’ Room.  In 1983 this had been the smoky Masters’ Common Room, well and truly out of bounds to lowly schoolchildren, so it felt a privilege to be invited up the hallowed stairs.

After this the party moved on to the Old Library for lunch – this had been the main school library back in 1983. Finally it was time for a tour of the School from Archivist Bill Wood, visiting both the familiar buildings and new developments as most had not been back to the school in decades.

Event organiser Philip Beck said, “We had been meeting every five years in a restaurant, but this time I wanted to visit the School again. Since we left 35 years ago, the School has been through a huge programme of expansion and improvement while still retaining the character of the original buildings, and I can see the facilities providing an outstanding learning, social and sporting environment for today’s students. Our thanks go to Bill and Donna from the School Alumni office for making this a memorable day”. 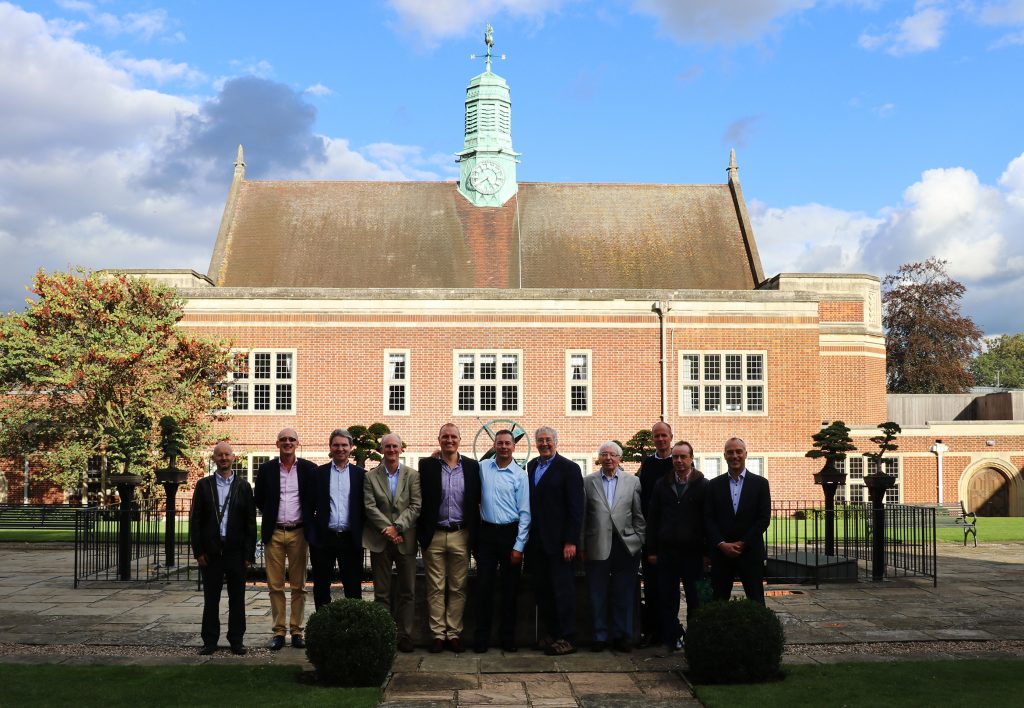