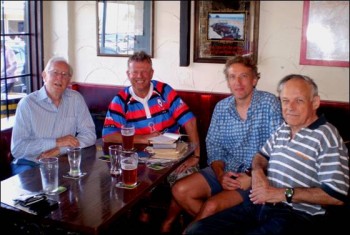 Thanks to Philip Holdway-Davis (OW 1971-76) for his efforts organising.