News From The School

What do a cricket world cup winner, Jason Roy, Ashes centurion, Rory Burns, up-and-coming capped England footballer, Callum Hudson-Odoi, world cup champion modern pentathlete, Joe Choong, and British Lion and England rugby world cup squad member, Elliot Daly, all have in common, apart from the fact they attended our beloved school, Whitgift? That’s right, none of them ever managed to win the House Championship during their time at the school!

They may have the requisite ability and desire to reach the top of their chosen sporting field, but they obviously did not have what it takes to drive their respective Houses onto the ultimate glory, a feat accomplished this year by Smith’s, whose House Captain, Max Brown, received the trophy during the Celebration of Whitgift Life on the last day of the school year. Smith’s were worthy champions this year, having wrested the lead from former multiple-time winners, Mason’s, at the half way point, and never giving it up from then.

The House Cup was not the only award given out on during the illustrious ceremony, which saw hundreds of boys rewarded for academic and co-curricular success, as well as teams acknowledged for national triumphs. The 2000 strong audience in the Sports Hall were also treated to a variety of musical and dramatic interludes during the ceremony, including performances from the Corp of Drums, Soul Choir and Brass Ensemble.

This year’s guest speaker, famed historian, author and broadcaster, Kate Williams, paid tribute to all the hard work evidenced by the multitude of awards she had given out, and inspired the boys to follow their dreams and passions, by relating a series of personal anecdotes, including how one ostensibly frivolous game of make-believe with her brother when they were children, in which they jumped in and out of a large box and imagined they were travelling in time, actually planted the seed of desire for her current success as a historian.

The public exam results make for particularly pleasing reading for both boys and staff alike, reflecting the huge amount of work put in over the past two years to increase the academic profile of the school. In IB, the students achieved an average of 39 points, which was 9 points above the global average, placing Whitgift as the top boys school for IB in the United Kingdom.

The A-Level results saw a big improvement from last year, with 93% of boys achieving A*-B. When you factor in the IB boys’ equivalents, that number increases to 94% – a fantastic achievement for such a large cohort. What was also very pleasing was that fact that the vast majority of the cohort will be moving onto their first choice university placement. 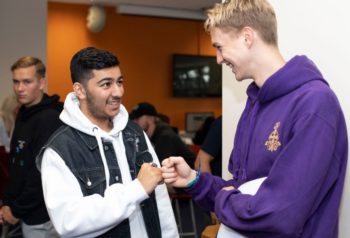 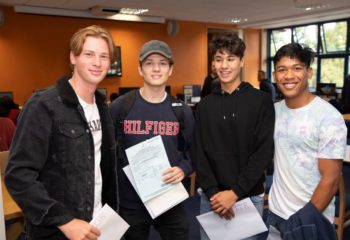 The improvements continued in GCSE, with 82% of the 206 boys sitting the exams achieving grades 7-9 (the old A*-A) equivalent. 27 boys achieved eight or more 9s, with six of these sweeping the board with straight 9s, something managed by only a few hundred students nationally.

In cricket, the 1st XI had a very successful season, but unfortunately, their run in the National T20 competition was to be brought to an end at the same hurdle, London final (last 16), and against the same opposition, Merchant Taylor’s, as in the last two years!

The U15 A team, despite losing a couple of friendlies, managed to go one better than their senior counterparts and get through to the national finals day, which is on Sunday 1st September at Arundel Castle.

The most successful team in the school this year was the U13 As, who won all twelve games they played and ended their season with a 2 wicket victory over arch rivals, Trinity, to win the Watcyn Evans trophy.

Having won the Natwest Cup at Twickenham back in March, the 1st XV have certainly not rested on their laurels; indeed, they have just returned from an arduous tour of New Zealand, probably the hardest place to travel in world rugby, with a quite spectacular set of results. They won all five games they played, scoring a quite remarkable 288 points and conceding only 21!

The 2nd XV also enjoyed a great deal of success, winning four out of their five games, so things bode very well for the new season! The domestic season starts for the 1sts with a chance to retain the Esher President’s Cup on Friday 30th August, before a daunting trip up to Cumbria on Sunday 8th September to face current Daily Mail Trophy winners (basically, the national league for all the top rugby schools), Sedbergh.

As I write this, an intrepid bunch of sixth form actors will have just finished their first performance of their take on Georg Buchner’s classic European play, Woyzeck, at the Edinburgh Fringe Festival. Running for five days, this is just the kind of ambitious enterprise that Director of Drama, former Globe Theatre performer, Mr Daniel Pirrie, has encouraged the boys to undertake. What with boys directing major performances without any assistance and touring being back in vogue, Whitgift drama is certainly in fine fettle right now!

As is the case every year, the school site has certainly not lain dormant over the long summer holidays. Once again, hundreds of students from all around the world have been given the opportunity to enjoy the wonderful facilities during the Whitgift Summer School.

In addition, the school opened its gardens to the local community to showcase its beautiful 45-acre parkland site to support NSPCC fundraising. On Wednesday 24th July, Whitgift was delighted to welcome the Mayor of Croydon, Humayun Kabir, and the South Eastern community Fund Manager for the NSPCC, Vicky Goodman, who took time to walk the Open Garden tour route with Head Gardener, James Mallett, and spoke to members of the public and staff. The event was a fantastic success and raised nearly £1,450 for a wonderful charity. 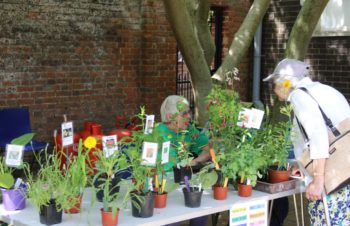 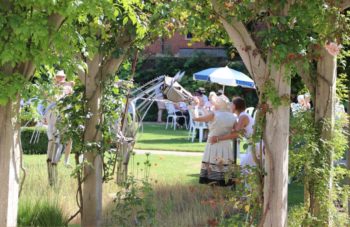 While all this has been going on, there has also been building work occurring to kick start the Headmaster, Mr Ramsey’s, ten-year plan for the site. The current projects are only small scale, with the renovation of classrooms and creation of a play space between the Swimming Pool and the water gardens, but if everything goes to plan, over the next few years, we will see the construction of new classrooms, a new theatre, new social spaces, a new sixth form centre in a dedicated new building, and the laying of a 4G multi-purpose sports pitch on Puntabout, to name just a few of the proposals!

These site changes are just one facet of the Headmaster’s future plans, which were grandly unveiled to parents, after an extensive two year consultation process with every member of staff, at the end of Trinity term. The extended details of the plans can be found in a document in the Aims & Development Plan section of the school’s website entitled Whitgift 2025 – Our Vision, accompanied by a slick, promotional video, but some of the headline features are: changes to the make-up of the school day; a much greater integration with the local and global community; a shake up of the curriculum to promote independent learning habits; and a new, exciting, digital strategy. It is the latter of these which is being implemented first, with every first form boy to be given a school lap-top to work on from next January.

Other shake-ups to the Junior School curriculum to begin in September include the introduction of specific global citizenship lessons, as well as the subtle integration of this topic into all other subjects, and the establishment of a major independent learning project for second formers. So it seems that exciting new times are afoot for Whitgift; keep reading every couple of months to see how they pan out!