“It’s the most wonderful time of the year!”…Well, not anymore, but where is the harm in a little Christmas nostalgia when you get the chance? Yes, that’s right, having come too late to make the deadline for the last newsletter, what better way to start the new one than to comment on the Whitgift Choristers’ triumphant return to The Ritz hotel in London to spread some Yuletide cheer? The hotel is famous for being the epitome of English luxury, and for a limited time before Christmas, it provides a professional choir to sing carols during their sought-after afternoon teas. Whitgift Choristers have for three years replaced The Ritz Choir and performed a selection of carols on the first Saturday in December. It was a wonderful afternoon enjoyed by parents, staff, and the boys, who were treated to the Ritz hot chocolate and other treats behind-the-scenes. Mr Ronny Krippner lead the choristers in a festive repertoire including Ding Dong! Merrily on High and Once in Royal David’s City, as well as 20th-century American Christmas songs like Winter Wonderland, Jingle Bells and Have Yourself A Merry Little Christmas. 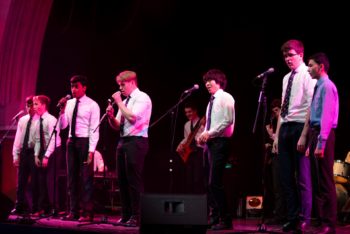 Bringing things up-to-date, recently it was the turn of the Houses to showcase their musical prowess, with the annual House Music competition taking place at the beginning of February. This year’s adjudicator was former member of staff, Iain Carnegie, who before announcing his winner of the evening, showed that he is obviously still fond of his former place of work, drawing a very favourable analogy between Whitgift and Beethoven. He explained that written on the great composer’s grave stone in Vienna is simply one word – his surname. There are plenty of other famous composers buried in the city, but they all have their full names and years alive etched on their stones; with Beethoven, however, it was decided that one word was all that was needed, such was the extent of his reputation and influence in the musical field. Iain went on to explain that, since he has worked in other schools, he has only to mention his former place of employment, Whitgift, for people to instantly know exactly where he has come from, such is the school’s reputation for excellence and dynamism.

Whitgift – Beethoven; it definitely has a nice ring to it. He can certainly come back to judge again sometime! He crowned Smith’s as worthy champions for 2019; their large ensemble version of Queen’s ‘Don’t Stop Me Now’ was particularly impressive, given how many boys they managed to get on stage. Seeing as how the boys have to organise things independently, with staff involvement completely forbidden, getting a fifteen-piece band together for regular rehearsals when the boys all have multiple pulls on their time is quite some feat!

This event was the first of many in what is set to be a very busy Lent term for the Music Department. In March alone, there are three concerts to enjoy: the Whitgift Chamber Orchestra Concerto Concert on March 7th; Handel’s Messiah – a joint enterprise being undertaken by Whitgift and Croydon Minster choristers, and the esteemed London Mozart Players and members of the Whitgift Chamber Orchestra – on March 23rd; and Strictly Come Brassing on March 29th. If that is not enough for you, the Chamber Choir will be serenading in Spring by singing at Westminster Abbey on April 2. Ave Whitgift! For further information and tickets, visit the school’s website, www.whitgift.co.uk

Not to be outdone by our musical colleagues, the English and Drama Departments have also been doing their fair share to keep the boys busy. Indeed, the very next day after House Music, Big School was transformed (along with the Performing Arts Centre) into a junior theatre in order to host the Second Form Shakespeare evening, another decades-long running Whitgift tradition. Being the only member of staff who is both a Housemaster and English teacher, I have the unique privilege of being heavily involved in both events – a real treat for me! This year’s evening saw the 184 boys who make up the Second Form perform an eclectic group of plays, ranging from Macbeth to A Comedy of Errors. Indeed, the audience were taken on an emotional rollercoaster in a real celebration of Shakespeare, and many parents wrote in to the English Department to say how pleased (and surprised!) they were that their sons loved the experience so much.

Hot on the heels of Shakespeare was Kipling, with the First Form’s production of The Jungle Book (Stuart Paterson’s adaptation of Rudyard Kipling’s popular classic) providing a suitably manic and upbeat end to what has been an incredibly busy half term. Done in the round and without an interval, the performance was a full-throttle, totally immersive experience. The Performing Arts Centre was transformed (again!) into a leafy jungle and the packed audience was held spellbound on all three nights by a cast of 22 First Formers parading around as monkeys, wolves, hunters, a tiger and a bear. The standout performance of the run came from Xander Handley, who used all of his skills as a trained dancer to mesmerise both the audience and poor Mowgli alike as Kaa, the beguiling snake.

On an academic front, the school is delighted to confirm 17 offers from Oxford and Cambridge to read a variety of subjects, including Law, English, Chemistry, Engineering, Music, Computer Science and Classics, to name a few. The students worked extremely hard preparing for the pre-tests and interviews which the School has supported through subject teachers, form tutors, the Academic Enrichment programme, pastoral teams and support staff. 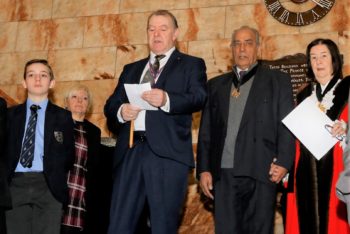 At the other end of the school, but no less impressive, is the news that Second Form student, Jake Dennis, was highly commended in a Holocaust essay writing competition and invited to read his entry at the Holocaust Memorial Day in Croydon Town Hall. The ceremony began with a candle-lighting ritual in the foyer of Croydon Town Hall, followed by presentations by Riddlesdown Collegiate and Oasis Academy Coulsdon, and a moving talk by Mrs Chantal Uwamahoro, a survivor of the Rwandan genocide. The essay winners were then invited to read their essays in front of an audience which included the Mayor of Croydon, Councillor Hamida Ali, Councillor Tony Newman and Marilyn Arbisman from the Croydon Synagogue. Jake commented, “I really enjoyed the experience and being part of a service that commemorates something so important. I also had the opportunity to meet the Mayor and Councillor Hamida Ali.” Four Whitgift students from the Whitgift String Quartet: Krystof Kohout (Violin), Luka Perazic (Violin), Kosta Popovic (Cello) and Uriel Vilchez Meza (Viola), ended the day by playing a rendition of Schindler’s List by John Williams.

Moving onto sport, the hockey season is now in full swing at the school and the results across the board have been as impressive as ever. The headline at this midway point of the term is that Whitgift has become the first school ever to win both the U16 and U18 National Indoor Championships in the same season for a second time – the first being back in 2011. Given what a mouthful this is just to say, it sure is quite some feat! Both teams persevered through a long season playing the best teams in the country; the U18s finished unbeaten in 25 matches scoring 133 goals, whilst the U16s scored just as many goals and played 23 matches.

In rugby, both the First Fifteen and U15s have moved through their quarter finals into the national semis to be held at Saracens’ home ground, Allianz Park, on the 9th and 10th March respectively. For the first time in a while, both quarter finals were home matches, so large crowds of boys got to see the teams in action. The Firsts produced an extremely dominant performance, dispatching Ivybridge Community College comprehensively, 40-12. The U15s was a much more close-run affair against Millfield. Indeed, the visitors lead by a try at half time, but Whitgift learnt from their errors of the first half and fought back valiantly to win 32-22. This means a Twickenham double is still on the cards! 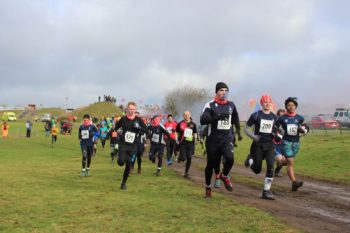 Finally, I am pleased to be able to report that a group of 25 Sixth Formers and 2 members of staff achieved great feats of athleticism and resilience at this year’s Tough Guy race in January. The endurance event in Wolverhampton, first held in 1986, was established with the aim of raising money for charity. Approximately 1,500 people from 27 countries took part this year. The 8 mile course consisted of 300 obstacles, including jumping over fire and navigating through electric wires. Mr Thomas Nicholls, Head of Initial Teacher Training (and, incidentally, OW and captain of the 2011 National Cup winning First XV), raised £505 on behalf of Rape Crisis. He commented, “The boys showed immense camaraderie throughout the day. From sticking together in their tight-knit packs and helping one another over each of the obstacles, to giving dry clothes and blankets to those who had just finished, the boys certainly have done themselves proud.”