News from the School, September – October 2018 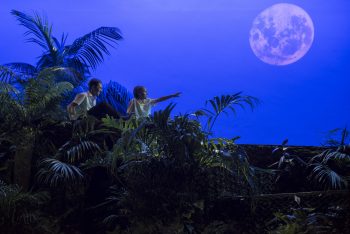 STOP PRESS! Andrew’s House win the House Championship for the first time ever! Yes, that’s right, the mighty purple took the lead early in October and never relinquished it, meaning that the Mason’s / Cross’s hegemony at the top was broken for the first time in 8 years. This means that since its inception in 1996, Dodd’s are now the only House never to have won the overall title. Hopefully they will be inspired by Andrew’s success this year and seek to put an end to this barren run in the not too distant future.

Given that Andrew’s maiden success coincided with the end of Mr Ramsey’s first year as Headmaster of Whitgift, is it an omen that major changes are afoot in the school? Are we to be steered into unknown waters by our new captain and leave behind the tried and trusted anchors of our success and very identity from the previous stewardship? Well, on the surface of things, I would have to say no. You only had to attend the the magnificent Celebration of Whitgift Life (COWL) that occurred, as it has done for the last decade, in the Barnett Sports and Conference Centre, to see that the school is in very familiar waters. The ceremony showcased the huge amount of co-curricular and academic success that has occurred over the past year (and, indeed, has been documented in these pages): rugby, hockey and football players were invited up onto stage to receive national titles; the musical and dramatic interludes were, as ever, of the highest quality, with ‘Sue Me’ from Guys and Dolls standing out in particular; and the elite academics were also encouraged to revel in their success, with honours being awarded for everything from Biology and Chemistry Olympiad Gold medal winners to the finalist of the National Spanish Spelling Bee!  This year’s guest speaker, Mr Chris Cook (BBC Policy Editor, Newsnight and Old Whitgiftian) could not help but be impressed by the sheer diversity of talent on show and he said as much in his closing address. The very next day after COWL, the school received the latest batch of IB results, which were once again outstanding, with an average score of 37.2 and no fewer than five boys achieving a mark of 40 or higher.

So it would seem that very little has changed at Whitgift during Mr Ramsey’s first year in charge, but I can reveal this is most certainly not the case; scratch beneath the surface and there are a huge amount of developments underway which are set to make the school a more harmonious and invigorating place to learn and work for boys and staff alike, and which should ultimately lead to even greater levels of success. Over the past twelve months, Mr Ramsey has interviewed every single member of staff working at the school to ask us our opinions about Whitgift. During Trinity term, two after school staff inset sessions took place in which the following areas of discussion were mulled over: 1. Achieving a more harmonious school experience; 2. Achieving a more distinctive learning ethos. In addition, questionnaires were sent out parents to canvas their opinion on key issues. Following all this, the general consensus is that whilst the school is clearly flourishing with the provision for boys excellent on all levels, the day-to-day life of a typical Whitgift boy is somewhat hectic, what with the sheer amount they actually do and the fact the student / staff body has outgrown the school buildings’ capacity. In response to this, a team of architects have been employed to take an overall look at the school’s infrastructure and propose major changes for the future. Also, discussions have begun in earnest about the make up of the daily timetable and the subject provision, with a view to creating more time for independent learning. So all in all, very exciting times lie ahead for Whitgift! Mr Ramsey has made it clear that while he wants to hold onto what is currently great about the school and maintain our incredible co-curricular success, he also wants to provide new challenges for the boys and make the necessary changes for this to happen.

In my last report, I commented that the second eleven cricket team were looking for their first unbeaten season in quite some time. Well, I can reveal that whilst they did remain unbeaten against all English opposition, they unfortunately lost their final game of the season to a touring South African side. As for the other sides, the U13A were the only team this year to enjoy success at a national level, reaching the final of their national cup. The match was played during the summer holidays and as yet, the result is unknown.

In golf, third Form pupils Ollie Stanley, Rocky Chapman and Aidan Millham won the ISGA Junior Open on Wednesday 20 June. The  competition is for U14s, and is an Independent Schools one day 18 hole stroke play event. The final was played at Sunningdale Heath, where the team competed against schools from all over the country, and saw Whitgift lift the trophy with a winning total of 127, four shots better than the runners up.

In addition to all the national team titles that have been won this year, three boys have achieved some outstanding individual success. Upper Sixth Former, James Wyatt should be congratulated on captaining the England Junior Squash team to the final of the recent World Cup, in which they lost to Egypt. James has been an excellent ambassador of Whitgift sport over the last few years and a real success story all round. Indeed, he leaves the school with a scholarship to Columbia University in New York, where he hopes to further his squash career as he moves into the adult categories.

At the other end of the school, Lower First pupil, Ollie Maric-Murray, was crowned England Table Tennis Association U11 National Champion in June. Ollie played a record number of 16 matches in one day to come away with the U11 National title, U13 Silver Medal and U13 Doubles Bronze Medal. He also competed the following day in the U12 tournament, securing a Silver Medal. A big thank you must go to Ollie’s coaches as well as to fellow Whitgiftian and England U19 player, James Smith, whose guidance, coaching and support throughout the tournament was a huge boost. Ollie, who represents England U11, will now have the opportunity to compete for his country this Summer at the Eurominis.

Lastly, Upper First Former, Femi Owolade-Coombes, has been awarded one of the Prime Minister’s Points of Light. This award was launched in the Cabinet Room at 10 Downing Street in April 2014 and was developed in partnership with a US programme that was first established by President George H. W. Bush in 1990. Points of Light are given to outstanding individual volunteers – people who are making a change in their community. Femi is a talented 12-year-old coder and his exploits have been commented upon in this pages before, including being one of 20 people globally to be awarded ‘The Diana Award’ in 2017 from TRH Duke of Cambridge and Duke of Sussex. Femi has undertaken far reaching work to help bring coding to young people from underrepresented backgrounds and his efforts have resulted in this talented and community minded student being recognised. In her personal letter to Femi, Prime Minister Theresa May said, “Through your passion for coding, you have created events and workshops which are benefitting thousands of young people. You are inspiring people from all walks of life to have fun learning new computing and web design skills which will help them in their future careers.”

The notion of community and society was not something particularly prevalent in the school’s summer Junior School Play. Indeed, William Golding’s haunting allegory, Lord of the Flies, (adapted for stage by playwright, Nigel Williams) depicts the opposite, focussing on mankind’s relentless, selfish drive and our innate capacity for evil, whatever background we come from. The tale of a group of English schoolboys, who crash on a tropical island when being evacuated during the Second World War, is perfect for a cast of young boys and Whitgift’s production was really quite something to behold. For a start, the stage was incredible; production team (Mr Crook, Mr Hill and Mr Jenkinson) are well-known for their innovations and boundary pushing, but they really outdid themselves this time, dumping tonnes of sand into the centre of Big School and turning it into a beach. The performances from the young cast were equally impressive, with the whole ensemble rising to the occasion. The leads gave particularly sensitive performances, with Leo Castledine (known to many of you as the face of the Whitgift Foundation from the recent promotional video and posters) brilliantly conveying ‘leader’, Ralph’s increasing sense of powerlessness as fear and hedonism begin to take their grip on the rest of the boys, and Kit Connor utilising everything he has learnt from being a professional actor (having starred thus far in both television, the BBC’s War and Peace, and cinema, Stephen Spielberg’s Ready Player One) to go full Gollum in his brilliant, if rather disturbing portrayal of Simon battling his inner ‘beast’! Director, Mr Daniel Pirrie, performed in the very first production of the play in the early 1990s, and he must have impressed, as he managed to persuade the playwright to come to our opening night and then stay afterwards to speak to the cast and audience. Nigel answered questions and gave insight into his interpretations of some of the play’s major themes – a real inspiration for the boys involved. He commented; “I really thought it was a brilliant show….you made the language come alive…..The team effect was as good as anything I’ve ever seen (in relation to this play) in the professional theatre.”