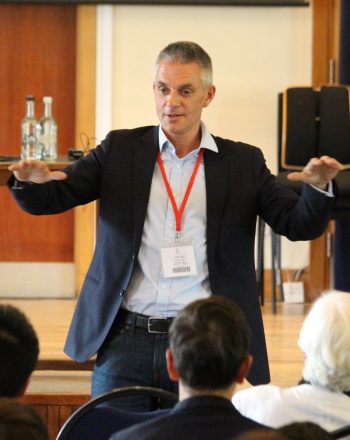 Whitgift welcomed Tim Davie, Old Whitgiftian and CEO of BBC Studios, back to the School for the first time since he left in 1985. Tim visited as part of the Academic Enrichment Programme and was interviewed by one of our BBC Young Reporters.

In the afternoon, he held a lecture in the Concert Hall and captivated the audience with insights into the management of a media giant like the BBC and the production of its television and radio content. In particular, the boys were privileged to watch a sneak preview of a new David Attenborough wildlife show, Dynasties, which traces the development and attempts at survival of five animal families in the wild. Tim also revealed that his first job was at McDonald’s in the Whitgift Centre, for the sizeable pay of £1.26 an hour and his core message resonated with all: be passionate, be curious and work hard.