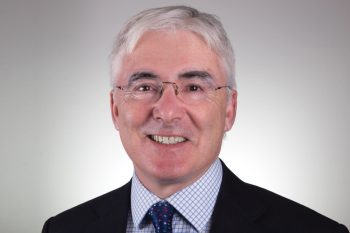 At the WA’s Annual General Meeting in December, WA Chairman, Jonathan Bunn, thanked retiring President, Richard Bateman, saying: “He has brought a dry wit, warmth and a deep love of the School to the role, worked diligently to attend as many WA events as possible, hosted a magnificent Annual Dinner and been generous in his time.”

Richard is succeeded by Lord David Freud OW (1961-68). David moved to Selsdon in 1957 and came to Whitgift in 1962, where he followed an arts orientation. After a year travelling, he went to Merton College, Oxford, where he read Philosophy, Politics and Economics.

His first career was as a journalist, training in Cardiff on the Western Mail and then moving to the Financial Times, where he spent his last four years writing the Lex Column.

In 1984, he began his second career, in the City, where he specialised in equity markets, IPOs and transport. His most dramatic deal was the flotation of Eurotunnel in the teeth of Black Monday. He ended up as Vice Chairman at UBS before retiring in 2003. Afterwards he wrote a book on the experience called ‘Freud in the City’.

A spectacular failure as a retiree, he took up a job as CEO of the Portland Trust, which worked on both sides of the Israel / Palestine divide. He also produced a report for the Labour Government on welfare to work in 2007, called “Reducing Dependency, Increasing Opportunity”. This led to a job as Conservative Minister for Welfare Reform (2010-16), where he worked to reshape the British welfare system. In particular, he was involved in creating and shaping Universal Credit, to break the poverty and welfare traps.

David was elected President of the WA at the Association’s Annual General Meeting in early December. In response he said: “We all know the wonderful work Whitgift does, providing boys with great opportunities and often changing lives. The job of the WA is to support this whenever and wherever we can and, where possible, enhance the experience that boys enjoy at our remarkable School. I am honoured to be elected your President and look forward tremendously to the year ahead.”